The vivo NEX 3 is expected soon and the company already released an official teaser video for the phone. Viewers could spot a curved “waterfall” display, a 3.5mm headphone jack, and elevating selfie camera. The company also teased 5G connectivity for the NEX 3.

A new leak suggests the vivo NEX 3 will be the first to support vivo’s 120W SuperFlash Charge standard, along with a 64MP camera. The leak comes from Weibo, which shows some details about the vivo NEX 3 and some of the phone’s alleged specifications. 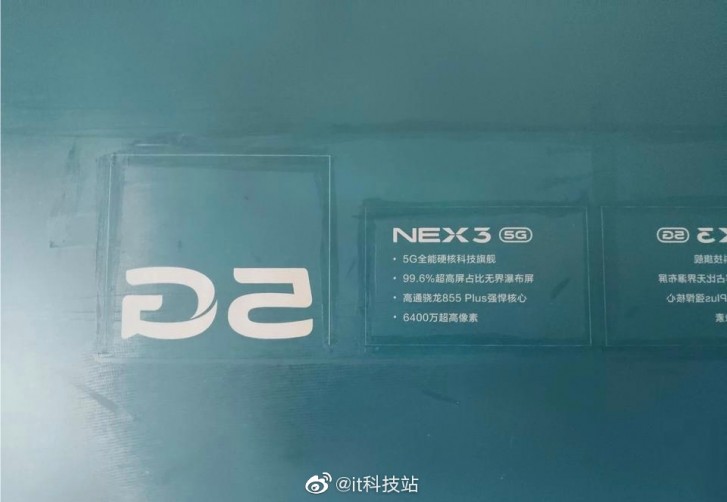 The NEX 3 5G is said to have a 99.3% screen to body ratio – which is a ridiculously impressive achievement. Not much else is known about the display panel itself, but we are expecting a huge one. As expected, the phone will be powered by a Snapdragon 855 Plus chipset.

When vivo first introduced this charging technology, it only took 13 minutes to fully charge a 4000 mAh battery. We wonder how the technology will work in real-life: Will the overall number of charge cycles go down? How much heat will the phone/adapter generate while charging?

There’s also a sketch with drawings of the phone next to a waterfall and a watch. We can understand that the waterfall refers to the deeply curved edges of the display, but the camera setup was designed after a watch face, for some reason. 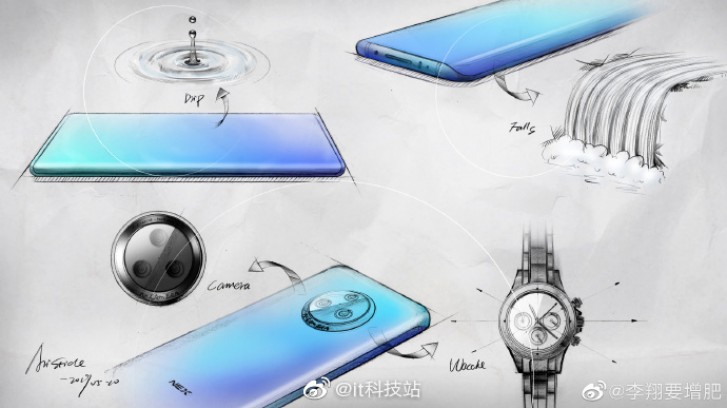 The Weibo post mentions 44W charging, so there may be conflicting sources for the 120W charging part of the story. 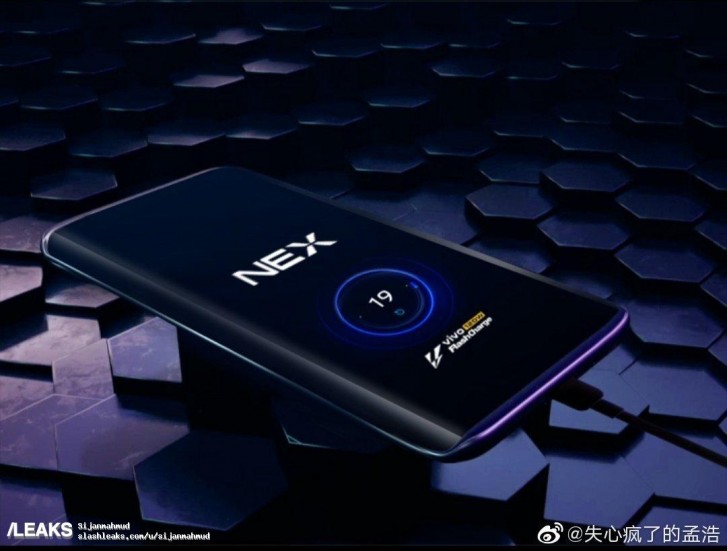 We are still waiting to hear the rest of the NEX 3’s specs. Considering the phone is going to be announced next month, we shouldn’t need to wait much longer.

vivo reveals the NEX 3 in a video teaser

vivo iQOO Pro to have a non-5G variant

what is screen resolution?

To me i really hate curved screens and notch i neer wouldnt buy a phone with curved screen and a notch. The super flash charge is nice and 99,3 STB is just advertising nothing more nothing less.

Thats useless feature. As long as your waranty wont cover any water damage whether you have or dont have IP68 rating doesnt matter. And yet again it cover against plain unrefined water no salt water no chloride water etc. Its useless feature be...