It seems vivo is gearing to release its S12 series soon. The successor to this year’s vivo S10 series will likely come in three variants once again and we now have a live look at the Pro variant. It features a curved screen with a notch at the top though we don’t have the exact size details. Tipster Arsenal mentions the phone will feature a 50MP selfie cam which looks to be joined by a second auxiliary module. 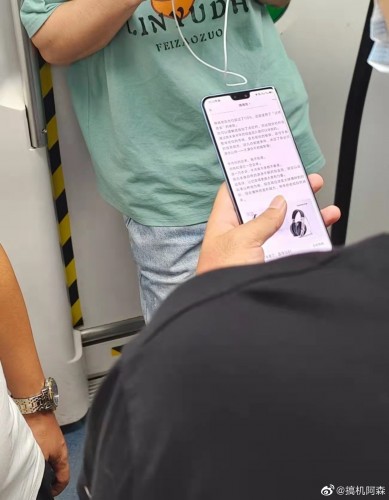 According to another Chinese tipster vivo S12 will bear the V2162A model number while the S12 Pro is V2163A. The Pro variant has already passed 3C certification revealing 44W charging on board and both the vanilla and Pro were seen on TENAA though their specs were not yet posted. The vivo S12 series is said to go official in China later this month.

First time???? There are a lot of android phones like that.

I wish I were joking but my Chinese wife and I watch Happy camp from time to time (Vivo is a huge sponsor and always unveils the S series with them). That's virtually their slogan. They'll change bits and pieces but 'Beautify Yourself&...