The vivo S6 5G is expected to arrive on March 31, and we already knew the phone will have two selfie cameras. Today, the company revealed the design of the phone in official renders and promo images, along with its brand ambassador Turbo Liu (known also as Liu Haoran), a 22-year-old Chinese actor.

From the renders we see four shooters - three of them lined vertically, the fourth one sitting in the right side of the circular setup. vivo revealed the main snapper will have a 48MP sensor, and that’s pretty much all we know specs-wise.

The setup looks similar to other vivo phones - it is like the mixture between the NEX 3 circle and the vivo S1 Pro rhombus. We can also see a dual-colored LED flash below the circle. 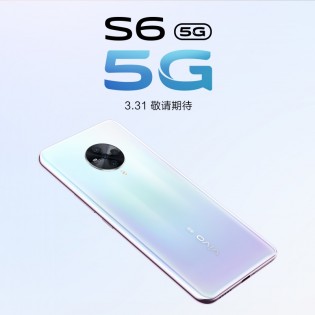 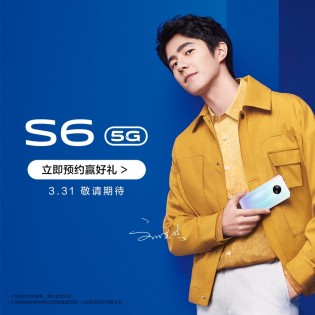 On the left side of the three vertical cameras it says “48 MP” with some other camera-related stuff, and thanks to an official listing at JD.com, we can see at least two colors - Pink-Blue-White gradient and Dark Blue-White gradient.

Registrations for the vivo S6 5G are opened. The phone is expected to appear for pre-order on its launch date, but actual shipping is yet to be confrimed.

Turbo is a pet's name. Funny.

You mean, they better be feature your face instead?

Why are there always such ugly girls in Chinese phone advertising pictures?