While vivo is running an open beta of its new OriginOS, which is supposed to replace FuntouchOS, the manufacturer will be kicking off FuntouchOS 11 based on Android 11 beta program for a couple of its devices in India. The vivo V20 debuted with the stable version of the said software while the V20 Pro 5G's version of the OS has been bumped up shortly after its release. 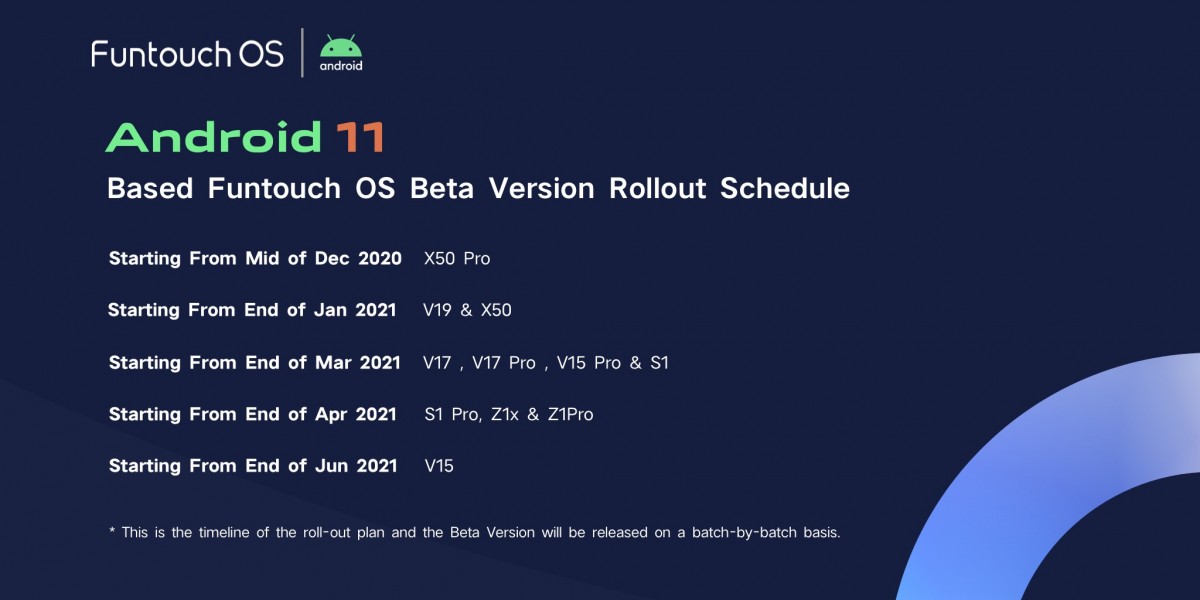 Starting from the end of January, V19 and X50 owners can get a taste of FuntouchOS 11, while V17, V17 Pro, V15 Pro and S1 users will be getting the OTA update starting March. S1 Pro, Z1x and Z1Pro start receiving it in April while V15 would have to wait until June.

We've already tried out the new FuntouchOS 11 and we can say it's a big step forward compared to the previous iterations of the software. The so-called OriginOS is supposed to be similar, but with some additional features and slightly different UI. We are yet to learn why India is getting FuntouchOS while other markets will transition to OriginOS.

vivo now pushing OriginOS beta - NEX 3S, X50 and S7 are first to get it

These unfair policies from Vivo will push them back and will hinder their league features that they were known for. Not good at all. Very bad. I was waiting for X60 and now it looks I should target Samsung for their clear history.

What about y30 and y series