Qualcomm introduced the Snapdragon 675 as an update over the Snapdragon 670 with faster CPU cores. We are yet to see an actual device running the chipset, but the vivo V15 Pro might be the first smartphone to do so. The handset appeared on Geekbench with the SD675 platform, reaching impressive raw scores both for a single core and multiple cores. 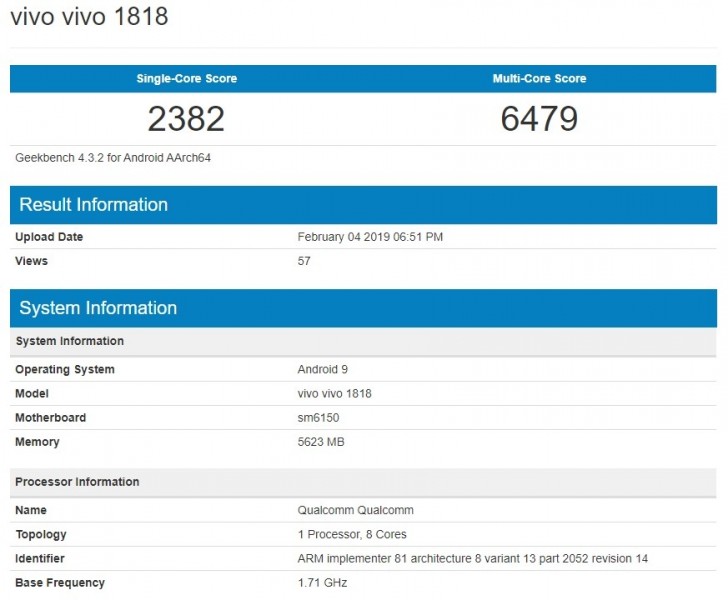 The results Geekbench yielded are quite impressive - they are higher than even the Snapdragon 710. However, both are nowhere near the numbers of the 10 nm Snapdragon 845, for example.

The vivo V15 Pro arrives on February 20 and we can't wait to find out how good it is.

According to some leaked info from last week, other specs of the smartphone include AMOLED panel with UD fingerprint scanner, 6 GB RAM and 128 GB ROM and the trendy 48 MP rear camera that produces 12 MP images in tricky conditions. There are two more rumored shooters, but were yet to hear anything about their purpose.

probably a bit better than that