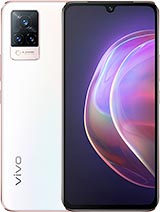 I'm the only one who doesn't found nothing attractive at this Smartphones from Vivo?

Anonymous, 16 Oct 2021Actually the class is different, realme is selling for low ... moreSpending lots on marketing will make the price go up? If anything, the price should go down because then you wouldn't have much money left to spend on actually making the phone, and you wouldn't be able to buy a lot of parts for the phone, hence you would have to sell it at a lower price for the phone to compete with other phones with similar price tags. Right?

RandyRiffin, 04 Oct 2021Now that I think about it... same chipset, same battery and... moreActually the class is different, realme is selling for low prices compete with xiaomi, while vivo is selling for more premium class just like Oppo because vivo also selling marketing like ads or ambassador or sponsorship this will raise the price a lot just like samsung does, because three of this manufacture are the same main company BBK, so sharing the same camera sensor like 44MP or same chipset like 800U 720G or 778G is not surprising at all, but they gain a lot of money because they bought that chipset in bulk rather than buying different chipset like 732G which not much difference but more expensive

PMKLR3m, 19 Sep 2021Optical image stabilization doesn't affect image quality. I don't think so mate. In the daytime, yes, OIS doesn't help much in taking photos except if your hand is super shaky. But, during the night or dimmer conditions, it does help in getting a better shot by prolonging the exposure time and keep the sensor stable.

Daz, 14 Jul 2021Also which is a better phone, this one or Moto G100?You're choice. Moto G100 has way faster chipset and storage, while V21 has better 90Hz Oled (than 90Hz Lcd), better battery life and charging. Both have good clean software, both have ok cameras and both have trash speakers. Vivo is a bit more compact and has a great selfie camera.

This phone has bulgarian for system language?

Anonymous, 22 Aug 2021I don't see any issue to use an OIS for the front came... moreOptical image stabilization doesn't affect image quality.

Dulaj, 21 Jul 2021where is this white colour. I contacted many shops but they... moreIn India it is available.
I own a white colour v21 and is so beautiful!
It's more beautiful than the other 2 colors

Ay least in Europe, It DOES come with NFC support.

Processor is same as 750G . That is not big deal. Price is like sd 865 realme redmi and OnePlus phones. Ois in front camera . If you want money spend for a selfie camera with specification of 1000 uae Dirham or 20-25k inr phones , then you must go for unless , redmi poco realme OnePlus even samsung give better deal than this phone

PMKLR3m, 06 Jul 2021OIS one a selfie camera lol.I don't see any issue to use an OIS for the front camera though since it could potentially increase the quality of night selfies.

Is this support wifi calling

Osama, 24 Jul 2021I have heard rumors about vivo using snapdragon 780g chipse... moreHow can i know about next v series phone

Hnd, 07 Jul 2021Just baught today ....phone looks really pretty cool....but... moreI have heard rumors about vivo using snapdragon 780g chipset in their next v series phone. It will surely be very exciting and interesting to see that chipset in the next gen v series phones. This chipset is the best in terms of battery life and goes toe to toe with the snapdragon 855 plus and is better than 855 in terms of performance. It will give a very pleasant battery life and competitive performance. I will surely like to see that for it will make this phone the best all rounded phone. I would choose it over dimensity 1200, for it provides competitive performance and better battery life.
Also, i would very much like to see a good and strong glass on the front and a thick sheet of it with that, vivo x60 sucked in that department. If not gorilla glass, schott sensation glass will do as well, just use a thick sheet and make it strong. As for the back use plastic and save budget for these things, plastic means one less thing to worry about breaking. No problem with that therefore.
Also, try using Samsung HML 2 sensor for the rear main camera. Unless you can use a better one, try using this one. It'll do. Like realme 8 pro and redmi note 10 pro.
I won't even ask for a aluminum frame. Its a far cry.
People wish for this, that's a perfect middle range all rounder.😄

Dulaj, 21 Jul 2021When I brought this phone and I will post a opinion in game... morego to settings, search ram just click/tap extended ram to use that extended ram

where is this white colour. I contacted many shops but they only have other 2 colours.my choice is blue