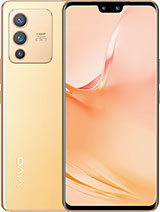 gadget69, 02 Jan 2022i am not sure why vivo so insistent with the notchExactly, that looks like it's from 2018. Why not a hole punch like most phones nowadays.

This phone is for only front camera base or nothing

This phone is foolish

Looks promising - this or Oppo Reno7?

I love it I have been using it for a !month and it is the best phone I have ever used

i am not sure why vivo so insistent with the notch