The vivo X27 is now official and it is (mostly) an improved version of the V15 Pro. Allow us to guide you through the differences.

Both have 6.39” Super AMOLED screens with 1080p+ resolution, built-in fingerprint scanner and no notches or holes. There’s a triple camera on the rear with a 48MP Quad Bayer sensor in the main module. It defaults to 12MP mode, as is the intended use case of Quad Bayer cameras. No changes here. 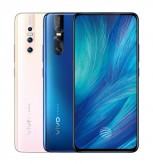 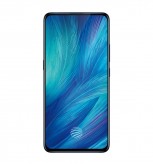 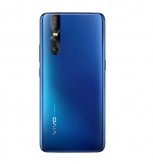 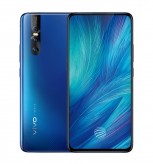 vivo X27 in Pink and Blue

Next is the 120° ultra-wide angle camera – it’s a 13MP shooter. This gives the X27 a resolution advantage over its sibling, which has an 8MP 120° camera. Both also have 5MP depth sensors. The camera offers a night mode that can stack 12-16 photos to reduce noise and produce a clear image in the dark.

The selfie camera is the one example of a downgrade – it has a 16MP sensor, down from 32MP. Both are motorized pop-up cameras, but the one on the X27 is slower as it needs 0.68 seconds to extend compared to 0.46s on the V15 Pro.

The vivo X27 is powered by a Snapdragon 710 chipset with 8GB of RAM and 256GB storage. That’s twice as much storage as the V15 Pro (a clear upgrade), but the chipset is a mixed bag. The V-phone has a Snapdragon 675, which has a faster CPU but a slower GPU.

The X27 does have a vapor chamber to keep its chipset cool, so that may make a difference in performance. Either way, Android 9.0 Pie turned into Funtouch OS 9 is what you get out of the box. 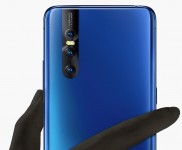 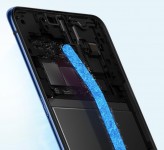 Our vivo V15 Pro video review is up

Lol China phones starting to get overpriced too