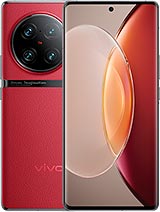 FlagshipsSuck, 26 Jan 2023Well I can say, I bought the phone from Trading Shenzen. It... moreI really don't think it goes global, I'll tell you why! All the reviews and unpacking that I've seen are always the x90 and the pro, no sign of the global x90 pro plus... If it doesn't come out globally, it's time to ask China and do everything you say about it in your comment

Well I can say, I bought the phone from Trading Shenzen. It was 1047€ which I think is a fair price. No additional EU VAT needed for import. They check the phone and install Google Play before sending. Not necessary for me, but I don't care really either. It still comes with a 1 year warranty too. Downside is that because of Chinese holidays, they won't send the phone until 6/2/23. I will also run the Chinese debloat script from XDA Developers to remove the apps I don't want.

There are other places to get it in the US, if you live there. On Aliexpress I was looking at 1250€ not including VAT (which is like another 300€). If it gets announcement for global release after Jan 31st, or if the price drops before Feb 6th, I will cancel and reorder. The more I look, the less likely it seems for a global release. For the X90 and X90 Pro sure, but not the X90 Pro+. I don't want the worse display, missing telephoto and Mediatek CPU.

Very excited for this phone. Expect it to last at least 2 years for me. Numerous people have reviewed the camera now and it seems to beat every competitor in basically every scene, especially in night photography. If Vivo does well with this phone, then they have my loyalty.

A few days now, to find out if this will be global or not! If not, then it's time to buy in China and use the Chinese rom

FlagshipsSuck, 24 Jan 2023Where? I have looked and looked and looked. There is no off... moreafter watching several videos and all about the x90 pro and not the pro plus, I think this one is going to stay in china

br0mies, 23 Jan 2023they literally announced thatWhere? I have looked and looked and looked. There is no official announcement that the X90 Pro+ won't come to Europe. Post a link then if you have one.

is not a 1" sensor; each one inch sensor is over 25Mb; with peixel binning should be at least 100 mbpixels. so is 1/2 inch sensor; geting DoF from Sony's Xperia Pro;

FlagshipsSuck, 22 Jan 2023Why don't you stop spreading lies when you literally h... morethey literally announced that

Sid Long, 21 Jan 2023I think the X90 pro plus won't be launched outside Chi... moreWhy don't you stop spreading lies when you literally have no evidence of this.

Sid Long, 21 Jan 2023I think the X90 pro plus won't be launched outside Chi... moreWell, I'll order it from China, then I'll modify it and that's it! I'm just waiting for the announcement

Anton-, 20 Jan 2023The date of its launch is nearing, I hope it's worth itI think the X90 pro plus won't be launched outside China, but the X90 & X90 pro will be launched globally.

The date of its launch is nearing, I hope it's worth it

FlagshipsSuck, 18 Jan 2023No idea. Would be nice to get some confirmation. Will have ... moreIt's not goirilla glass it's Schott X sensation

Anonymous, 18 Jan 2023I have read there's no gorilla glass.No idea. Would be nice to get some confirmation. Will have a screen protector but it is nice to know.

That’s a good looking phone love the texture on back, does it have stock android os?

Don't know what protection the screen has? Gorilla glass victuss..?

PhotogRappher, 11 Jan 2023Are you serious? You are really saying 2 more megapixel in ... more2 mp no, but the sensor is indeed better, way larger and better processing too with Zeiss + v2

FlagshipsSuck, 15 Jan 2023Hopefully an announcement at the end of this month. Otherwi... moreShould be announced on the 31th, if the pro+ isn't going to Europe I'll import too

Anonymous, 15 Jan 2023When is the global version coming out?Hopefully an announcement at the end of this month. Otherwise looks like I will be buying from China.