vivo Y17 is official in India

The Chinese manufacturer vivo introduced three-cam smartphones back in December with the NEX Dual Display, but made the tech more affordable when the V15 Pro was announced. Starting today, even the really affordable Y series have a member with three shooters on the back, after the vivo Y17 was finally made official.

The phone arrives with a tall 6.35” LCD panel with HD+ resolution and the not so popular tall aspect ratio of 19.3:9. For now, the phone has only 4 GB RAM and 128 gigs of storage, but the company might launch more options in the future. The chipset is Helio P35, built on the TSMC 12 nm FinFET process. In theory, it has eight cores with a maximum frequency of 2.3 GHz, although vivo refrained from announcing it.

The biggest selling point of the phone is clearly the triple camera. It has an 8 MP f/2.2 wide-angle camera on top, the 13 MP f/2.2 main shooter is in the middle, with the third cam being a 2 MP depth sensor. Although the so-called “AI Super Wide-Angle Camera” has 120 degrees FOV, it actually captures 108 degrees after accounting for distortion. The front-facing camera is 20 MP with f/2.0 aperture. 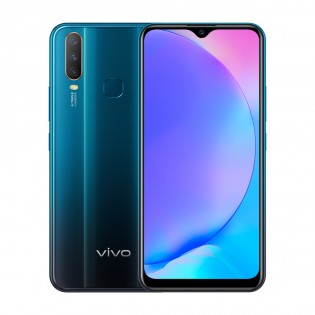 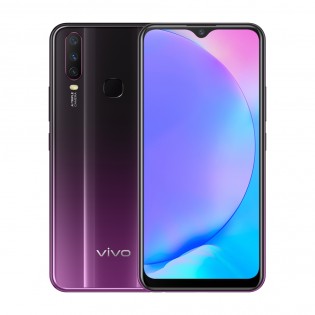 Other key features the phone brings is the 18W fast charging for the monstrous 5,000 mAh battery, the biggest power cell vivo has ever put in a smartphone. Not everyone can afford a gaming smartphone, so the company has put Ultra Game Mode in the vivo Y17 that allocates system resources when you need them; after all, MediaTek updates the Helio P35 to respond to the specific needs of smartphone gamers.

The phone is already available for purchase at multiple offline stores in India. It has two colors - Mineral Blue and Mystic Purple, and only one price tag - INR17,990 or about $260/€230.