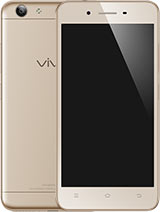 I have been using it for many years but no problem, even I hold the phone with water in my hand, no problem, very good phone, working well for five years.

Anonymous, 19 Oct 2022i've had this phone since 2017 and it recently... reti... moreI had the the same problem with mine. The power button degraded and it ended up going into boot loops when it had battery. I left it alone for about 2 years when that happened. I just got it fixed JUST today I swear. Technician was super cool about it. Just paid around $15 to get it fixed + the replacement for the power, and volume buttons (because they are the same component).

It was a good 4 years of using this, this phone has been used by more than five people and never broke, theres only less scratches and theres still no lag, however, i broke it by accident because i tried water testing it and it hanged leaving a flickering screen and sparking sounds in the port, i tried charging it but the charger overheated, i wish im not a phone breaker, i already broke 4 in my lifetime cause i like to experiment on them like water resistance or drop test.

i've had this phone since 2017 and it recently... retired haha it was my first smartphone that was actually bought for me. sturdy af. my main problems were the storage and battery life. back then, i dont have a lot of knowledge about phone storage (the RAM/ROM things). all i wanted was to own a vivo phone pfft i did no research about phones. i have used this for gaming. it lags, heats, and battery drains quickly, but it was bearable. the camera was good enough for me too, and i liked the pics from it better than from my sis' realme phone sometimes>_< my data connection was relatively fast too. sadly, it's power button sunk and it wont power on anymore :') it used to power itself on whenever i have set alarms. now it's just a dead cold phone in a box. rest in peace, my luv. it was good while it lasted.

Yes... its really good phone. I use this phone around 4-5 years and really its to good. for the price its worth.

LocalBroke, 18 Feb 2022My dead grandpa's phone has been acting up recently wh... moreSame experience. I couldn't even use it now, kind of sad knowing that this phone has been w me for over 4 yrs. Can you guys pls give an advice on how to deal with the frequent restart? I have it checked once and what they did is reprogram, but after few days the problem came back🙁

niki, 23 Jul 2022Been using this for 6 years already it fell from the stairs... moreme too

Given to me by my dad who used this phone previously, I've a lot of good times and memories to this phone, Battery is ok, Performance quite smooth but in games, It usually lags but still acceptable. Since 2020, I've been noticing the degradation of the battery life and performance on this phone. Battery life was 5-7 hours before time but now I've only like 2-3 hours use on this phone probably because the battery is getting old now, cause its been bought last 2017. The performance is kinda slow now, even with simple scrolling its not that responsive as before now but I have a new one now and I'm thinking to just end its life at all.

i used this phone like 4 years and now im still using it. it's not because im not afford to buy other phone because this phone screen absolute sturdy like u can throw this phone from 1st floor and nothing happen it just has scratch little bit on the screen but it still operate like normal so yeah like wise man said don't see what inside but see on the outside... i think my phone dying right now but not for me i will use you until you asked me to change a new phone so if you see this when you got no money in you pocket make sure buy this i recommend like 25% to you buy this,,,, have a good day lad!!!!

Good phone for gaming even its only 2gb ram. i have been using this since 2019 and my game still run at 50-60fps (Heroes evolved) .

Anonymus011, 16 Jun 2021guys can i use this phone while charging?yes. i always use it while charging and its still working just fine no worry

i use this phone since March 2020, good phone but voice recording not good on silent place please suggest setting or something to solve the issue

Anonymous, 06 Sep 2021my brother bought this phone last 2017, i'm still usin... moreBrought Vivo y 53 as my very first smartphone device in April 2017 just after 10th board examination as a birthday gift from my father. I have been using this smartphone for since than . It was a great help during my schooling and every day struggle of a student life. We have been through a lot during these years , it servived many harsh falls and throws when I was suffering with trauma and dipression due a brain tumor diagnosis. Along the way it helped me click some stunning pictures from my school life , picnics, frienship. Feeling sad to exchange it for new device.

I bought this phone Sept 1, 2017. I thought I was stupid for buying the first phone the salesperson showed me. But I guess it's one of the decisions in my life I don't regret! I'm still using this phone in 2022. Have survived many drops, no cracks whatsoever. I experienced lags sometimes after software updates but I don't mind. I'm not a heavy user anyway. The only thing I mind is it being android 6, some apps I use dont work anymore. And the 16GB memory how I wished it could've been 32 or 64 instead. But anyway I still love my phone.

My dead grandpa's phone has been acting up recently when it comes to updating the system. When the update started, it just started smoothly, but not for that long enough. After just a few seconds of progress, it stops there and restarts the whole thing, repeatedly. But despite that, I like all the features on the phone. I just don't know how to deal with that problem. Is that even part of updating the system, or is it really a problem that needs to be fixed immediately?

bought this phone on august 2017 bcz of my limited budget. Never thought this phone IS VERY TOUGHH LIKE HOW-. It dropped A LOT(on street, floor, water, etc) but still manage to survive and working just fine. The seller told me that this phone has gorilla glass on its screen, but then i realized it doesn't have any protection on its screen. The performance is so-so, but i managed done a LOT of things using this device such as playing mobile games (AOV/ML) for a long time, editting video using kinemaster and stuffs, using canva, ibis-paint, autodes, playing F/GO and many others. Been using it for almost 5 years but then the lcd isn't working anymore (its my fault actually, i brought this phone outside while still raining like crazy). Because of this device, my opinion for vivo devices built quaility is going out of my expectation. (NGL, i almost bough xiaomi redmi 4x bcs it has the fingerprints and higher specs, but glad i bought this one)

I bought this phone in 2018. Ngl this phone is tough af. Dropped like 1000 times and never got a crack on the screen. Only cracked on the side but could easily be ignored if you use a softcase. Performance wise is alright i guess but its been downgrading. Camera is... Well... Not as good as i first bought it. This phone has been with me for 3 years + and its time to upgrade it.