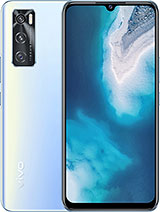 3 months into owning the phone, no issues.
I don't take photos much, if at all. I can't comment on that other than the few photos of my dog, looked like my dog. I use ProShot as my camera app and have for last 3 or 4 phones.

Battery is deceptively long lasting for me. I use email, web and rss feed reader often through the day and I can go 2 to 3 days before needing a charge. I don't watch videos on my phone. It works well with Android Auto and as my car needs it connected via USB to get all the features, it's charging while streaming audio.

Screen is bright for my eyes. That isn't a complaint. It just feels bright even when turned down and with Twilight running.

I don't use any of the Vivo apps. I have them all disabled/uninstalled/blocked. Nothing against Vivo, I just want only the apps I used.

which probably brings me to my only issue, Funtouch OS. it felt like I had to fight it initially to set it up how I prefer, not actually a Vivo issue, mine. Custom launcher and apps helped but would be nice to be able to run a stripped down OS which doesn't seem to be a possibility in the near future.

You can set your own ringtone by going into ringtone settings and at top it has custom ringtone press that and set your desired tone.

mickleberry, 19 Dec 2020i had the Y17 before, which made me a Vivo fan. This one is... moreHi I had similar issue. I wanted my favourite really ring tone installed. Cdnt do it myself. Took it to JB hi-fi. The guys there did it for me. Try that. Good luck

mickleberry, 19 Dec 2020i had the Y17 before, which made me a Vivo fan. This one is... moreI am unsure if this was a change with the recent rom update (android 11, vivo rev 36.7.14) but in the sounds > ringtone menu there is an option at the top "Custom Ringtone" which will then open your music folder and let you pick your song/tune.
all the best

i had the Y17 before, which made me a Vivo fan. This one is supposed to be an upgrade, but it's missing a lot of good features the earlier phone had, in the camera and the settings.

Same with the default alarm tone.

Both give the impression that you can change the tone, then they change it back straight away...

(Currently searching for a fix)

Kmk, 28 Oct 2020Yes looks good. I found 3 things so far. Not able to retrie... moreAbout the bell. You have to enter the music player (here it is in files) and there are three dots - from this level you can set music as ringtone

Image quality is not good day and night. Bad exposure, images, poor dynamic range, too darkers. Don't buy it for the camera, it' s the worst 48 mpx i've tested

Solrac, 20 Oct 2020Yes, very true. Imagine if a smartphone company went the ... moreYes looks good. I found 3 things so far. Not able to retrieve a call or on hold. Neither party can hear. Not able to customise ring tone. No message to post while I am in a call. Called customer service. Waiting for response. Unhappy for these reasons. A cheaper Huawei GR5 is great with all the above.

Anonymous, 20 Oct 2020Vivo lacks that 'One Standout Feature' nowadays, ... moreYes, very true.
Imagine if a smartphone company went the google approach with a few solid/useful cameras and refining the software before making the hyper-competitive spec sheet without having the same old low end mid range killer.