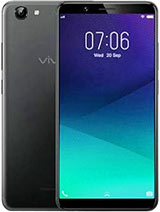 literally, don't buy this phone.I have this phone since 2019 and now but it was broken last week. Due to so many reasons; the LCD glitch to the point its hard to read the text. Every time I play games or do some light scroll tasks, it always LAG. Like literally every time and it takes 5 minutes or more before it starts functioning again but the performance of it keeps getting worst. Also the storage is bad. I wanted to download some apps that I need but it always takes up to many storage and the largest of it is when you save videos, like I already deleted most of my files and pictures but its still not enough. This phone gets HOT even when using light applications, it gets thermal throttling to the point sometimes it's scary to hold.. I suggest that if you want cheaper phones or budget-wise phone there's still plenty more to choose.

KKK, 21 Oct 2018how to transfer the apps from phone storage to sd card?From developers option

decent. i don't recommend buying tho. It can be slow. The number 1 thing that threw me off about this phone is the storage. STORAGE is bad. Idk what takes up so much storage but it always says that it have almost 0 remaining storage when I already uninstalled so many apps and cleared all the caches. camera is decent. face id is not good. i have it and it is slow. it takes like 1o seconds to detect and sometimes it don't even detect my face at all. I've been using this phone for almost 2years already and I can say that the camera is the best feature. but i think it's a flop now

Anonymous, 18 Jan 2021don't buy this phone this phone is sucks i deleted all... moreyou should uninstall updates the "already install" app,such as google. They (already install app) taken have of my 16gb but i haven't using it yet. i think i want to buy a new phone with larger ROM.

Anonymous, 18 Jan 2021don't buy this phone this phone is sucks i deleted all... morehmm. I. think the. phone is good

This android looks like more troll and I don't recommend this piece of aluminum metal. Disappointment retarded phone.

This 2020 y71 is really not a recommendable phone, xiaomi and realme are the best brand for phones rn

probably a stupid phone it always hang when accidentally sleep and hangs itself and the storage is only 5gb ron and the usable ram is only 900mb ram and the android version is 8.1 but still a piece of trash i recommend vivo y11
vivo y71 can handle cod mobile but still lags minecraft but no 60fps cs android crashes sometumes play but lags and buggy built in apps and the dumbass built in browser is running on the background cannot even close it a total dumb phone that costs 5k what a waste of money rarings: 1/5

izz, 30 May 2020Is this device compatible with hdmi converter cable to LCD tv?No

Is this device compatible with hdmi converter cable to LCD tv?

Despite the specs. The phone looks like it doesn't have those specs and my storage is about to run out after about a few apps downloaded.

Ruth, 07 Dec 2019I regret buying this phone.It does'nt have a good camera..s... morei agree with that this phone are really bad overall

I regret buying this phone.It does'nt have a good camera..storage is like really less...Moreover it hangs like hell..Dont buy this phone rather than regreting it later..