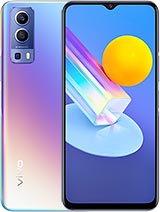 Waste phone, Not possible to transfer files from y72 to pendrive through OTG. No option in menu "copy/move"

Rk100, 20 Mar 2021Whats the point of 8gb ram when the processor is fairly weak.who said that processor is weak? It's better than most of the SD 700 series

Plz. Don't go behind this model, its a waste model, I fed up with this.On calls through speaker volume coming up and down

mostly vivo phones the issue is the speaker

Loud speaker volume up and down during calls, with loud speaker conference calls not possible and WhatsApp calls high noises coming on speakers

i love how they are trying to trick you with the square at the bottom left of camera bump by making it look like a periscope telephoto lens, when in reality it is a dumb trashy macro

joe nodden, 21 Mar 2021Obsolete before it's even announced. A 60hz 1080p LCD? This is still rumor, the specification can change

Whats the point of 8gb ram when the processor is fairly weak.