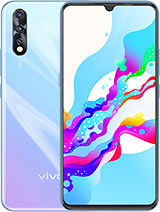 Anonymous, 04 Nov 2020I need help.. Android 10 is draining battery. How can I r... morenever be curious about update

ur chipset will not change to higher version after update


u cant get back dude to previous version anymore

It has supported slo motion video

I need help.. Android 10 is draining battery. How can I return to android 9?

Anonymous, 25 Feb 2020i have Vivo U3x with chinese Rom does this phone have a... moreIf you go on the VIVO site you can contact them and ask them to enable playstore.. not all of the chinese goes away but you can get rid of more. Send them emei number and they sent me a system update two days later with the playstore loaded and ready to rock n roll

does this phone have annoying chinese news line like U3x & you can't remove it by any means ?

its look like from this official link vivo china
https://www.vivo.com.cn/upgrade/index

for example this is vivo x27 link


two update links are similar, but i cant found vivo z5 in this list

This or xiaome note 8 pro .. I like amoled display

I am waiting for Vivo Z5. Please release in India

when will release in malaysia ?

UDR, 19 Aug 2019This is interesting.gsmarena.. plz give us endurance rating... moreTrue, GSMArena is known to favor the Samsung's and Nokia's of the world even if their phones don't sell as much Oland are less feature rich than these new competing companies. High time they realise that the new era of mobile computing is very fast-paced release a model per month. Mid-Range is the flavour per month compared to March & Aug/Sep reserved for flagships of Samsung and Apple. Even they have shied away from a complete testing of Lenovo Vibe P1 which was the first of its kind phone way back in 2015 to have a 5000mAh battery. Now with improved R&D in that space and overall acceptance of large handsets, the industry have come to accept a 4000+mAh battery capacity as standard.

Moreover, the recent disruption has also caused a revolution in the speed of R&D and subsequent adoption in the mainstream models. No more is the consumer shying away from being a buyer of tried and tested products to adopting a first mover's advantage.

GSMArena has always been concentrated to reviewing only those models released in the European subcontinent, without realizing that the big market of mobiles have now shifted to Central to South East Asia where the churn of handset change has dropped significantly from 18 months a few years ago to less than 12 months. I hope they heed to the changing winds and update their strategy else sooner than later they'll become irrelevant to their consumer base in the Asian region which I believe is higher than their European nation's.

P.S. Their Standardized testing of the handsets has the potential to be industry leading and best practice adopted by various manufacturers before deciding on specifications of new handsets. If only they can broaden their horizon beyond their regional aspirations.

please vivo, release the Z5 in the Philippines

Tanuj, 29 Aug 2019It will come in India on September 6 as vivo z1xIt's come triple card slot? Or not
Is the camera have EIS?

Vivo z5 i need you in my country philipphines.

What's the protection for the screen.
Noting is mentioned in specifications.
Please guide.

When it will be launched