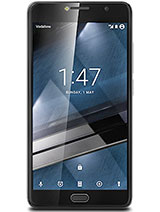 This phone is acceptable (just). The phone is very slow to boot up and contemplating playing a video is a hit or a miss (it's a bit slow and sluggish, which is weird, as its pre-dissessor was not bad.

techdriod authority, 10 Jul 2018bro its weird here in my country we get the 32gb with 3gb r... moreAnd which country is that?

Overall, the phone is okay.
For the pricing, its not bad, especially with the 13MP Camera, and the okay battery
some of the good points about this phone are:
Big screen, not bad to have. Although multitasking would be a great feature.
Physical buttons at the bottom, maximising screen space on the phone at all times.
Front-Facing flash for night selfies.
solid bit of hardware, dropped from some high places, only a few abrasions to the side, and no damage to the screen.
Fast enough to get the job done

Some of the bad points about this phone:
Speaker is pretty bad. mine practically committed suicide, and just stopped working completely just after the warranty ran out (at the time, i hadn't dropped it or anything.)
Sluggish at most things. if you can get past the fact that the phone is very slow, its okay to have as a starter.
not enough storage for the person who loves taking photos and using storage-consuming apps like Instagram and Facebook ect.
It has a tendency to take a long, long, l o n g time to charge (After using for a year, mine has a charge time from 0% - 100% in 6h 12m)
takes no time at all to drain itself
bluetooth isnt the greatest, using wireless headphones isn't the best option since the music cuts out at a certain length from the phone. stick with your wired earbuds :\
stuck on Android Marshmallow 6.1 (NO SCHEDULED NOUGAT RELEASE)
horrible pre-installed apps by Vodafone.

I have had this phone for a year and the phone started off great but slowly went downhill until now. My phone won't charge properly, it turns off randomly even if it's at like 90% and instagram keeps popping up even though I don't click on it. Would not recommend for a long term phone.

Anonymous, 29 Jun 2018Ran this phone for about 6 months now. Good points: prett... morebro its weird here in my country we get the 32gb with 3gb ram model

Ran this phone for about 6 months now.
Good points: pretty nice to use most of the time (if you get over the bad points) and has good specs for a great price. If you are (very, very) patient, this is a good phone.
Bad points: Space is tiny, gets full quick and then the processor can't handle it, so the phone is very slow, especially when changing apps. It's really reaaally bad when you havn't cleared out your gallery in a while. Phone crashes and restarts 9/10 times when I flick through Instagram stories for more than 20 people say. It haaates snapchat, extreeeeemely slow when using that app. Its bluetooth is a bit weird,has a mind of its own and this is across many different devices such as car, bluetooth headphones and speakers. Loudspeaker is awful, really awful.

Conclusion: Get an external sd card to bulk memory. Don't expect to change between apps such as spotify, fb, schat, or ig without a 10 second wait most of the time. cheap and handles itself but I always ask myself, 'is it worth it, maybe I should just get a better phone...'

I got this phone (Vodafone Smart Ultra 7) about 5 months ago and aside from the terrible onboard speaker, I'm quite happy with its performance. It's worth the money you pay for it, but only if it does what's advertised which in my opinion, it doesn't deliver on in a couple of areas that I've noticed. 1 - Poor speaker. If you raise the volume over 40% the sound distorts and sounds really 'tinny'. As a personal bonus, my sound stopped working totally out of the speaker. The headphones are fine but the speaker fully died. The phone hasn't been dropped or abused. 2 - Bluetooth fail. Well I really only have 1 bluetooth speaker and my old old phone had no problem detecting it to connect but this phone just won't find it, now will it find my brothers phone

phone released almost 2 years ago and received 3 updates. not even nougat upgrade

HD, 12 Mar 2018Seriously awful phone, multiple issues, loaded with standar... moreCouldn't agree more. So many issues on this smart 7 I cannot believe it...sound dissapears/is muted, contacts dissapears and then reappears, turns itself off whenever...changes appearance/colour schemes, you name it I have already had to factory reset 😒 and I've only had it for 2 months! Never had any of these problems on any other phone I've owned. One word..CRAP

HD, 12 Mar 2018Seriously awful phone, multiple issues, loaded with standar... moreWell there we go ... I love this phone (had it about a year) and have none of the issues you have!

Seriously awful phone, multiple issues, loaded with standard social apps; facebook, twitter, instagram, snapchat and WhatsApp, all run slow and stop responding, the device states that it is out of space yet there is no file stored locally according to the phone (other than whatapp which I have to clear constantly)

If this was the only issue I could persevere however, since day 1 the bluetooth is severely flawed, I use several bluetooth devices, all of which had no issues with previous phones. After a couple of disconnects and reconnects it no longer wants to accept using the phone function on several devices until you reboot the phone.

The phone function (the primary function) crashes quite frequently sometimes leaving you unable to answer calls, see who has called you, see who you've called and sometimes calls people you have not actually dialled instead of the person you intended.

I have tried resetting to no avail!
*** AVOID THIS PHONE AT ALL COSTS - NEVER BUYING A VODAFONE PHONE AGAIN EVER!!! ***

Coming from a z3 compact I knew this would not be as fast but it has to be one of the worst phones out there. Running apps is great... When they start. For example opening messaging cab take 30 seconds.... Really? 18 months in and the battery doesn't last a day, it can go from 20% to 0 in a blink

Anonymous, 16 Feb 2018Worst phone I've ever used avoid this like the plague ,not ... moreNo one would care if you "disapeared" one night so no one actually cares about your opiniin either

Had mine about three years. Specs match up to LG at a fraction of the price. Camera not brilliant but otherwise a good bit of gear. Apps ll run well, reasonably fast and plenty of storage for what i use it for. Battery life is better than many of it's higher priced competitors.
Value for money it is an excellent everyday tool for me,

Worst phone I've ever used avoid this like the plague ,not enough space here to explain it all ,now looking for something better!!!.

phone died suddenly. has been working fine but has been a let down. will probably go back to Samsung now