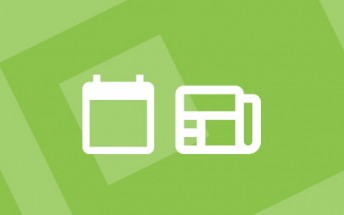 In a rare change of pace this week was not so dominated by the Huawei political problems, but rather by its newly announced devices. Plus we got Samsung Galaxy Note10 and Galaxy Note10 Pro's first major leaks.

For starters the pair will likely become official on August 7 and go on sale shortly after. We also saw two purported screen protectors for the Galaxy Note10 and Note10 Pro which differ in size but had a centered punch hole in common.

We also saw a case reportedly tailored for the Galaxy Note10 Pro which revealed the re-arrival of the IR blaster but also the (expected) departure of the headphone jack.

Finally the Galaxy Note10 and Note10 Pro will bring a new three-stage variable aperture lens. It will have a wider f/1.5 aperture, be able to stop down to an f/1.8 middle and then go as narrow as f/2.4 (for a sharper image).

While we're on the subject of Samsung, it appears that the Galaxy Fold is getting close to an eventual market launch and Samsung remains the undisputed leader in smartphone display shipments.

Huawei meanwhile unveiled three new phones part of the nova 5 family, a couple of tablets and a new mid-range chipset that claims to outdo the Snapdragon 855 at AI tasks.

Sony is reportedly readying a new smartphone with a triple camera - likely the Xperia 1v or 1s - with a sub-4K screen that could be an LCD instead of OLED.

We also got the first rumored specs for Sony's hexa-camera phone that will likely drop early next year. It will have a dual camera on the front as well as six cameras on the rear with the main one being quite potent - it will be a 48MP snapper with a vari-aperture lens that goes from a super-wide f/1.2 all the way to a narrow f/2.4.

While we look forward to Apple's 2019 lineup, its 2020 one seems way more compelling. In 2019 Apple will add a third, ultrawide angle, camera to the current iPhone XS and XS Max and a second, telephoto, camera to the iPhone XR successor.

In 2020 Apple will make its iPhones all OLED and make the iPhone XS successor smaller at 5.4-inch and the XS Max successor larger at 6.7-inch. Both will be 5G-ready. The third-gen iPhone XR will have a 6.1-inch OLED screen, dual or triple camera and LTE.

Finally, vivo announced 120W Super FlashCharge that can fill a 4,000mAh battery in only 13 minutes!

The exclusive summer color is now on sale for Chinese users.

The upcoming Galaxy Note will come in at least two sizes.

The latest flagship tablets from Huawei are here.

It has two high-frequency, high-performance Cortex-A76 cores and a powerful NPU.

That won't be for a full month, however. Last year, a "do the ma+h" campaign promoted the Poco F1 (the K20 Pro is its successor).

It's official, Xiaomi will announce a new phone series tomorrow.

It was initially tipped to go official on August 10.

These ads meant to hype up the Mi 9T are certainly... different.

Sony is reportedly working on a new device, expected to launch in July.

The update also brings a customizable lock screen clock and fixes an issue with dual apps disappearing after reboot.

This smartphone is likely to go official at the end of this year, or the beginning of next.

The 5G iPhone and the smaller OLED iPhone are coming next year.

Samsung remains the undisputed leader of the display market

We're still waiting on a new launch date, however. It won't be in July, so the Fold could join the Galaxy Note10 on stage in early August.

The phone will go official on August 7 at an event in New York city.

EMUI 10 is already in the works.

Week 23 in review: Apple's iOS 13 and iPad OS are here as are in-display cameras

Only Huawei fans will buy it as there are many good phones available and Huawei's future is unknown.

I'm curious what would be the starting price of those 2020 Apple phone, I'm guessing 1500 USD for the cheapest model.

Also all Huawei phones are the same. When the first Nova came out, it was a unique phone by being compact and higher midrange, only sacrificing little bit for a premium bulid quality. Today you couldn't tell the Nova series from any other series, Hua...