Week 27 in review: It's raining phones as Galaxy Note10 gets a launch date 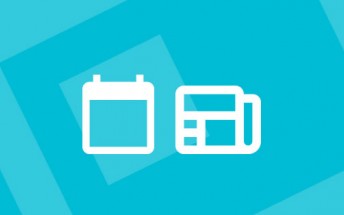 The second half of the year started with a bang, with plenty of manufacturers announcing new devices. Xiaomi introduced its Mi CC series, vivo had something for Generation Z in India and gamers on a tighter budget in China. The biggest announcement, however, was about the Samsung Galaxy Note10 - it will arrive on August 7.

While some companies are doing launches and others are preparing for them, Sony and Apple are keeping it silent, so the rumors have to speak in their voice. The upcoming 2019 iPhones have leaked in CAD renders, while an alleged new Xperia flagship is on its way, likely with its three cameras on one side.

Samsung appeared in the news cycle for two more reasons - the Galaxy A80 with an unusual camera mechanism is finally on sale and the mobile division CEO DJ Koh talked how he pushed the Galaxy Fold before the device was actually ready. Reports are the redesign is now complete and the new and improved Fold should be coming to us soon.

Phones might be the essence of our day, but we were giddy for one more reason - our official GSMArena app is finally out of its Beta stage and the Stable version can be found on Google Play. We listened and added the most desired features, but you can still report any issues and bugs you find.

We wouldve loved to say Huawei can finally breathe a sigh of relief after being taken as a hostage in the negotiations between the United States and China, but in the current political landscape in the US every decision can be reverted in a whim.

We are still on the edge of our seats whether the Chinese manufacturer will be allowed to continue working with US companies and if this is going to cause a ripple effect through the whole smartphone business.

With the square camera bumps and all.

The launch event will be held in New York and will start at 4 pm ET.

Two phones with new model numbers are popping up, one of them might have 5G.

Yours in Europe for 649 and in three colors.

Unlike the regular version, this limited edition flaunts a non-gradient back.

vivo's Gen-Z focused phone will be available in India starting next week.

Samsung Galaxy Fold redesign is complete and ready for a relaunch

The screen and the hinge are improved, Samsung will start shipping components to its factory very soon.

The smaller brother of the vivo iQOO has multiple software boosters for proper gaming.

Xiaomi Mi 9 SE in for review

Lighter and smaller than the Mi 9, this phone is finally with us.

President Trump has made comments suggesting that the ban is coming to an end, but the US Department of Commerce hasn't given a final ruling yet.

We've added Dark Mode and Data saver. And squashed all the bugs you helped us find, of course.

It outdid even a few older flagship phones.

The company is testing more than 2,000 prototypes at the moment to ensure there aren't going to be any more issues.

The phones are due to be unveiled tomorrow.

A Samsung partner is building a new plant to increase its production capacity for lenses for 3D ToF modules.

The chemicals are used in the production of displays and semiconductors. This restriction can affect Samsung and LG.

The measure is part off a cost-cutting strategy that Samsung hopes will help turn around profits in the long run.

Half of the Americans can't identify their phone model, a third believe it's 5G-capable

Just 44% of iPhone XR users know what their phone model is while over 70% of Galaxy S9+ users guessed correctly.

The company adjusts to an era of American hostility and would continue to focus on doing their job right.

Samsung and Xiaomi are still the dominant forces on the chart.

It will be available through Mi.com and Flipkart.

And this doesn't even include the Galaxy S10 5G, sold 1 million units in South Korea alone.

Week 26 in review: The under-screen camera is here but it's not great

Week 23 in review: Apple's iOS 13 and iPad OS are here as are in-display cameras