Weekly poll: are hole-less phones the future or just a gimmick?

We’ve joked about it before – what if USB cables go the way of the 3.5mm headphone jack? Well, we’re not laughing anymore, Meizu and vivo were elbowing each other all the way to that particular finish line.

In the end the Meizu Zero was announced a day before the vivo Apex 2019. Besides being first, the Zero is more committed and uses wireless charging and data transfer exclusively, the Apex has pogo pins as a fallback (similar to the old Xperia Z phones).

Whether either phone will ever enter mass production remains to be seen. Okay, the Apex is certainly just a prototype, but last year’s Apex morphed into the NEX phones with some modifications.

Is this what the future will look like – hole-less devices where the only thing in or out is electromagnetic waves? Or is this just a marketing stunt? 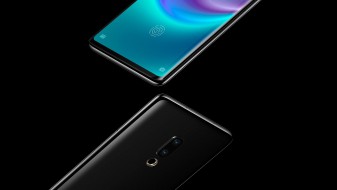 Right now both phones avoid the issue of the selfie camera – they just don’t have one. A pop-up camera would go against their design philosophy and while a notch technically isn’t a hole, neither company wanted one.

But assume that cameras will one day go behind the screen just like fingerprint readers did. Also, like it or not, many have gone with wireless headphones. What’s left?

Let’s start with charging. The Meizu Zero boasts 18W wireless charging – that’s already faster than what iPhones and Galaxy S handsets are getting over a cable (those are only two of the best-selling phones on the market).

LTE and Wi-Fi ac are already pretty fast, 5G and Wi-Fi 6 will deliver multi-gigabit speeds. And yet it’s not hard to find a premium phone with USB 2.0 – that’s capped at about half a gigabit. 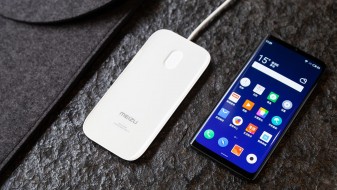 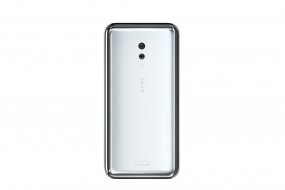 Buttons are an issue too, we have to admit HTC’s pressure-sensitive not-buttons took getting used to. Apple’s implementation of the unpressable Home button was better, but perhaps side-mounted “buttons” are harder to pull off.

Anyway, why all the bother? Honestly, we’re still not clear on what advantages a hole-less design has. It’s cool in a way, but not enough to offset the potential issues. We haven’t even mentioned that piezo speakers sound off, not having card slots (having to rely on eSIM) and so on.

What do you think – are those just minor issues that will be resolved making hole-less phones the future or it is all just a gimmick?

Can you please tell us if a smartphone don't have memory card all data can only save in device, one day the device get damage how can you restore those important data? The solution is with memory card you can eject the card and restore the data to an...

Another needless potentially pricey "trend" that is unnecessarily skimping out on useful features and restricting options of function on devices.

Well chance i will need that is really low so i wont bother.