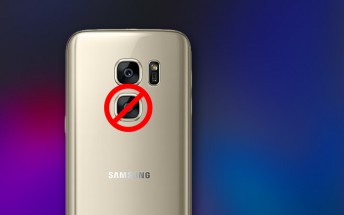 The message is resoundingly clear - a Samsung Galaxy S8 without a 3.5mm headphone jack is going to be met with great resistance from fans. Almost half of voters in our poll picked this option, indicating that it’s a deal-breaker.

Many brought up a removable battery, but this particular ship seems to have sailed. The fate of the Home button, however, is yet to be decided and a quarter of voters also picked this as a must-have. The fingerprint reader was almost a bigger concern than the button itself - where will it be, how will it work and so on.

The lack of a dual-camera or a design that removes bezels too aggressively proved to be minor concerns. Many point out that a single camera can perform just as well as a dual-camera (the low-light performance of the Pixel phones is a good example). 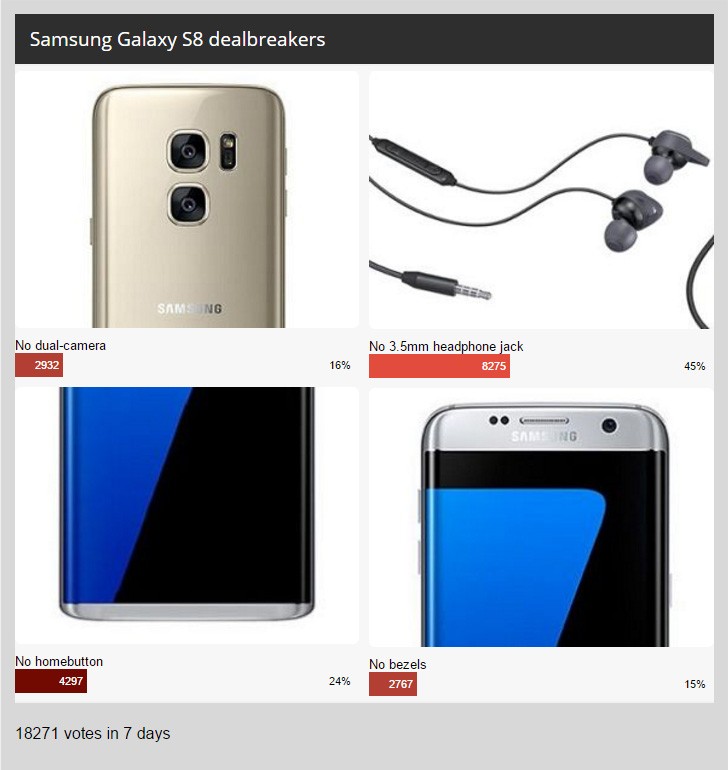 Weekly poll: what are your Samsung Galaxy S8 dealbreakers?

Samsung Galaxy S8 to be among the first to adopt Bluetooth 5.0

Right, but there are plenty of other companies making shiny new toys too.

because its not apple ... they not important

But wont Samsung be coping Motorola/Lenovo & not Apple? If your answer is that they are still coping Apple than answer me this, did Motorola/Lenovo also copy Apple (Apple was leaked first & Moto released their handset first) or did Moto ...