A week ago - before the MWC madness started - we asked you which phones you are most excited about. The Samsung lineup won hands down with 42% of the vote, well ahead of the Nokia 9 PureView and Sony Xperia 1, which were tied for second.

In last week's poll we asked a very similar question, except we had the benefit of knowing the official specs and prices of the phones, rather than going on teasers and rumors. Long story short, the new flagships did not disappoint as the level of excitement for them hasn't waned. 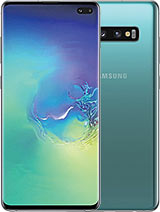 The Samsung Galaxy S10+ was voted the Best 4G flagship, leaving the Xperia 1 in second and Nokia 9 close behind it. 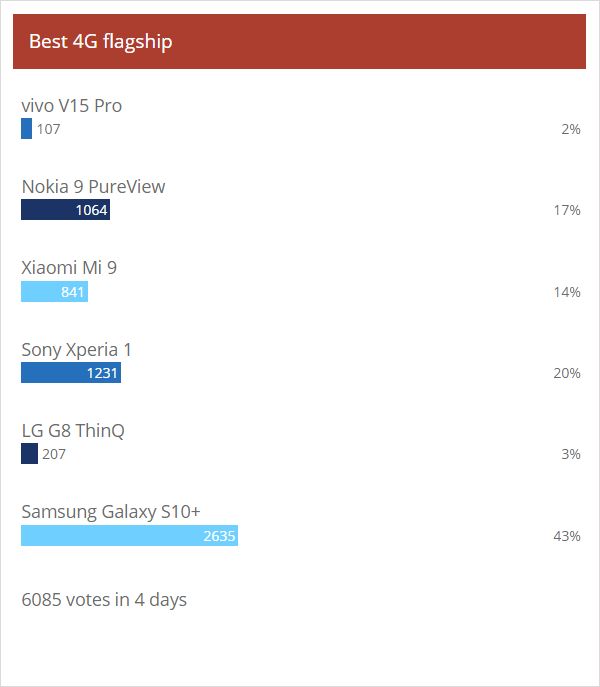 When it comes to the Best 5G flagship, Samsung was on top again, this time with the Galaxy S10 5G, the largest of the new S10 phones. 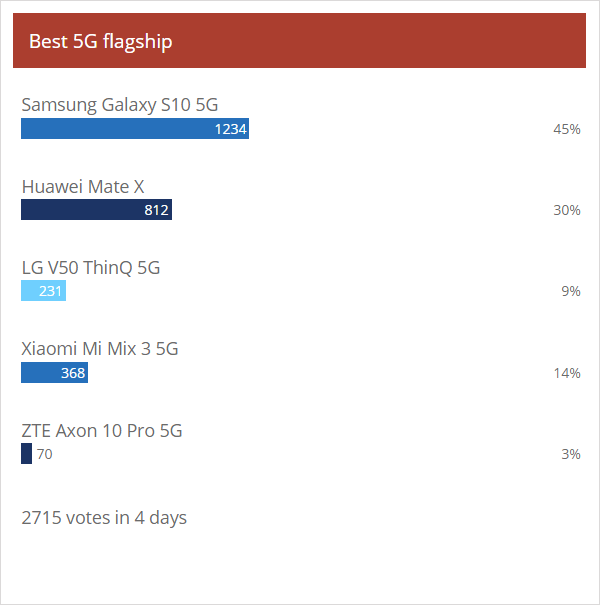 And this is where things get interesting - the early excitement for Huawei's MWC event was middling at best (with only 4% of the vote). However, the Huawei Mate X edged out Samsung's Galaxy Fold to win the title of Best foldable phone. That's a huge win, considering that Samsung was the favorite going in. The Mate X also placed 2nd in the 5G competition, an excellent overall result. 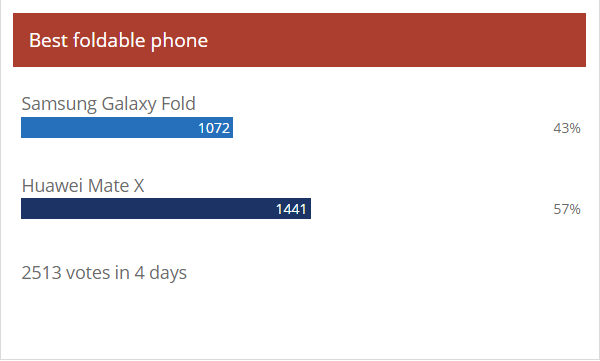 We have to say that MWC 2019 was one of the best in recent years, there was an actual feel of innovation in the air and there were interesting phones left and right, even if some makers (like Samsung) decided to host their own events last week.

Weekly poll results: everyone was excited for the Samsung event, also Nokia and Sony

too much weight for too little screen that is usable, and not much pocket friendly either...it will be a nuisance to carry that device around.

Ok I see you don't understand anything about phones...