In a landslide victory the Moto Z Force has claimed the Phone of the week title among the devices announced last week. At 51% of upvotes, the shatter-proof smartphone has gotten more likes than all the other three combined - because that's how math works. 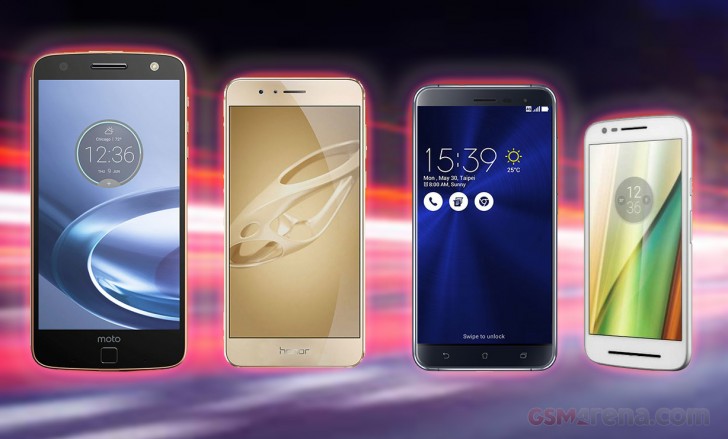 Top of the line hardware, modularity, durable display, large battery - the Moto Z Force has equal amounts of gimmicks and practicality, so we can see how the others didn't stand much chance.

The battle for second was a much closer one, and the Asus Zenfone 3 ZE520KL edged ahead of the Honor 8. A total of 50 votes split the two, but in the end it's the Zenfone that gets the silver.

The modest Moto E (3rd gen) was quite apparently outspecced by the rest to begin with so it's no surprise that it got just 5% of upvotes - after all it's specs that win such arguments.

Sudeep their are a few reviews where you can see that the camera performance of moto z serries is not up to the mark if we compare it to other flagships.

Even the htc 10 was rated quite well by the dxomark But it is clear that htc 10 is not a camera as good as the other flagships. So dxomark is not decisive of a camera's performance but the reviews shows that the camera do not have proper processi...

Precisely, both the Z Force and Z were not top perfromers but were rated high and decently well, respectively, by DxOMark