Here’s some good news for the fledgling smartphone maker – the people love the Razer Phone. People were surprisingly excited about the audio features of the phone – like the stereo speakers with Dolby Atmos – even though one would think it’s the 120Hz screen that’s the star of the show.

The lack of a 3.5mm headphone jack was a common complaint, but the THX-certified audio dongle goes a long way. Plus HTC, Motorola, Google and Huawei also skipped the analog jack.

The 120Hz screen did get some love too, though most commenters don’t consider the Razer a purely gaming phone (and we agree). While we’d love to see more game developers support the 120Hz screen, regular apps benefit too – zooming through the interface feels oh-so-smooth. 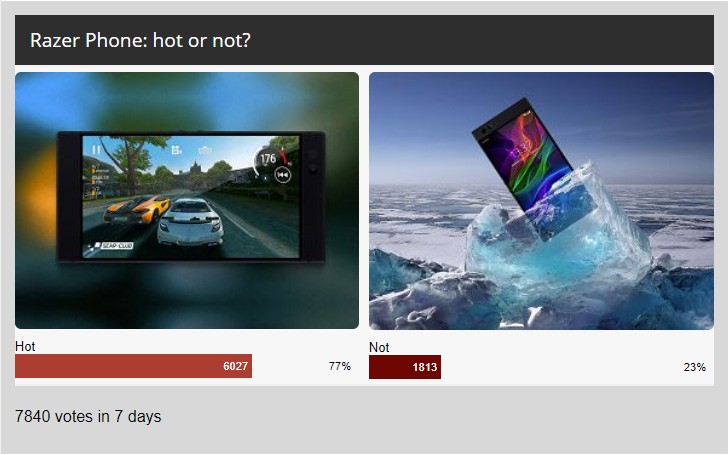 Haha, what a joke. "Performance"? It's just a Snapdragon 835, it's not a Tegra X1 or even a Polaris-based Tegra. It can't stream games off your PC. And no 3.5mm jack for an audiophile headphone for gaming? Is it still a "gaming" device? I like ...