The Samsung Galaxy S21 FE is not off to a good start, judging by the results of last week’s poll. Most people either already have a phone that they are happy with or have shifted their focus towards the Galaxy S22 series, which will be here in about a month.

If anything, the poll highlights excitement for the new flagships as just over 40% of voters say they will wait for an S22 phone. Last we heard, the vanilla Galaxy S22 will cost the same as its predecessor, or just €100 more than the S21 FE. But that’s a conversation for February.

Right now, the new Fan Edition compares against the 2021 S-phones and the vanilla Galaxy S21 can be had for less money, the Plus model costs about the same as the FE. And for a “fan edition” phone this one sure made a lot of fans angry for removing the card slot (the missing 3.5 mm headphone jack was enough of an issue already). 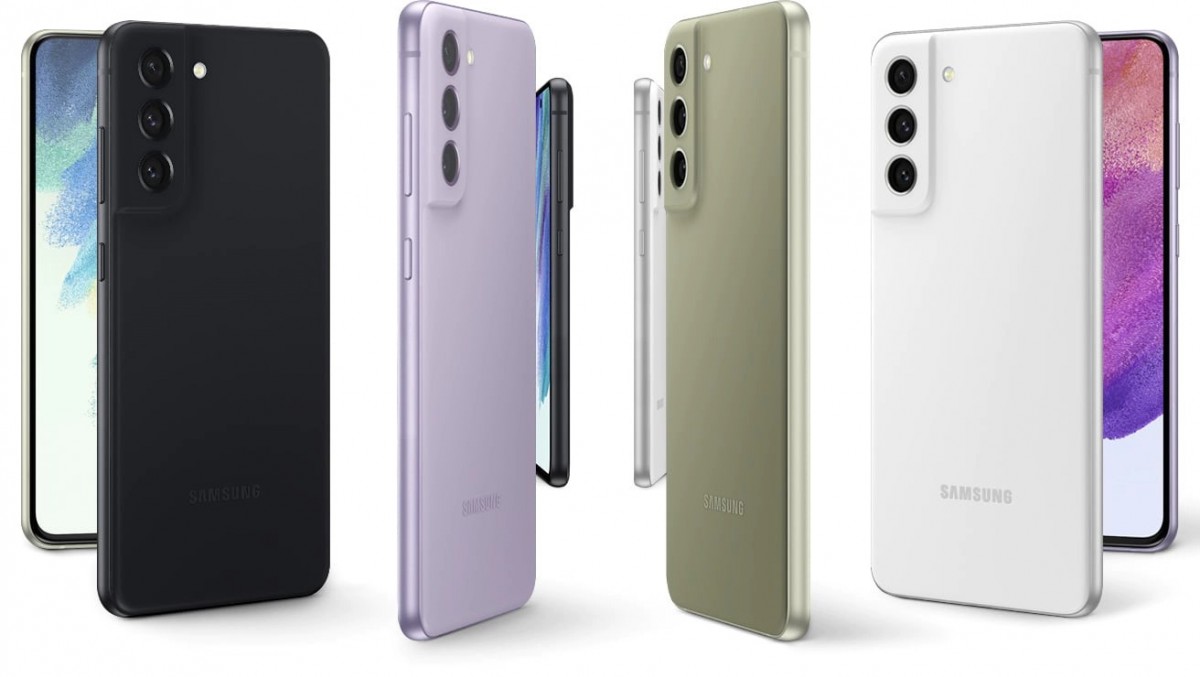 Not that price comparisons with the S21 series are particularly relevant – if you wanted one, you probably already have one (especially after Black Friday, Cyber Monday, Amazon Prime Day and whatnot). Or you’d be wise to wait until the S22 series arrives, which will cause S21 prices to drop.

The one thing that the FE has going for it is the chipset - the majority of people interested in the Galaxy S21 FE want the Snapdragon version, so that’s one advantage over the S21 models. In some regions, at least. But right now this small advantage doesn’t seem enough to propel this phone to success

Perhaps the Galaxy S21 FE is not off to a bad start, just a slow one. It’s expensive as it just launched, but with a good price cut and maybe some freebies it could become a popular model. The hardware is good and so is the software, it’s just the price that is off. 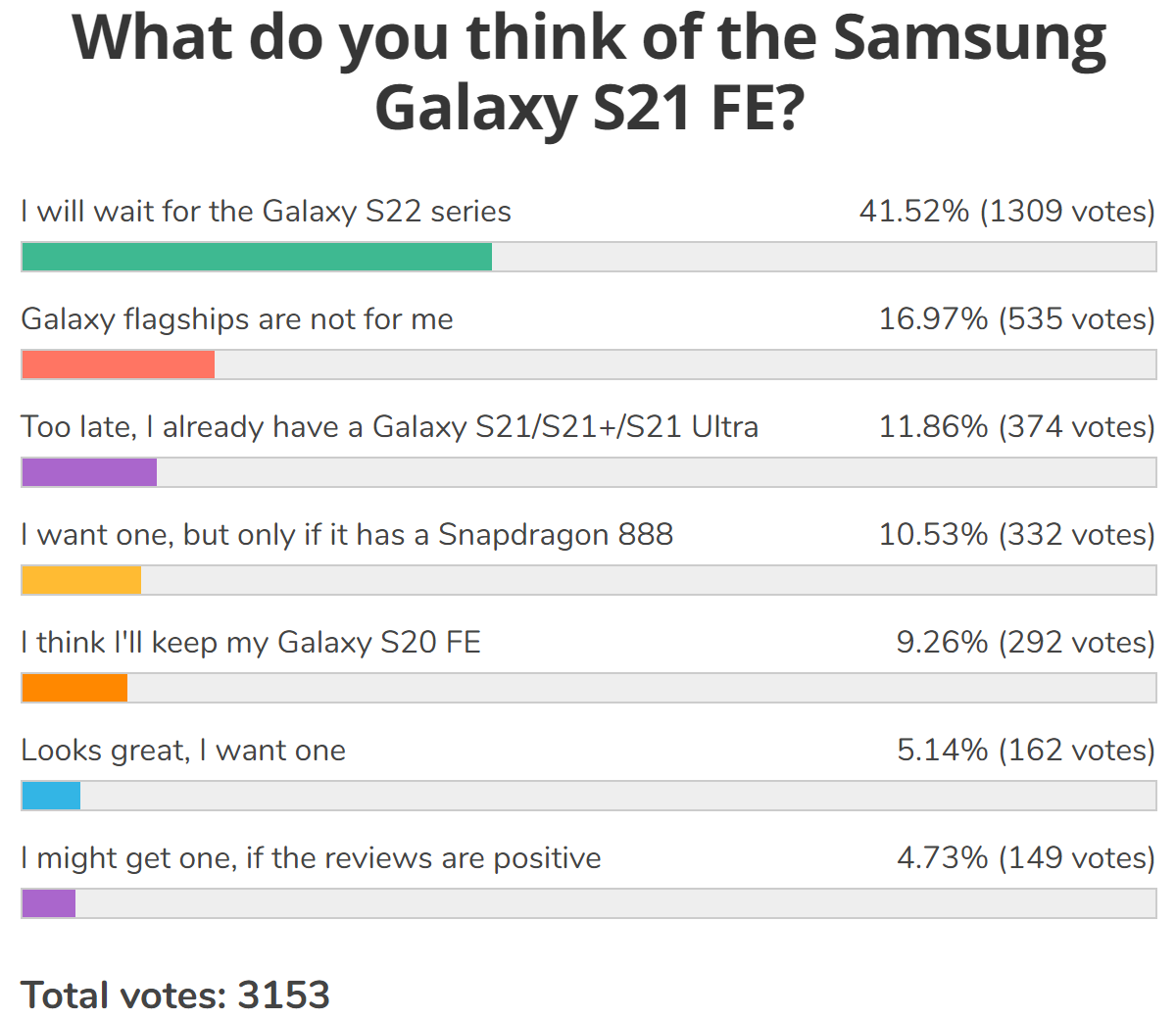 Weekly poll: did the Samsung Galaxy S21 FE arrive in the nick of time or is too late?

I keep saying it. They should release FE 1st then after a week release the S series. The end.

I think all the polls that rate phones "hot or not" should have an option "no headphone jack is ice cold".

Now it hasn’t changed.. Samsung quality is top notch I agree.. but Apple has huge issues. Samsung is making phones here in India with world’s largest factory. Whereas other than iphone 13 series… the rest comes with subpar battery. In fact the bigges...