Two out of three people like the Sony Xperia XZ1, according to our poll. That’s good news for Sony, it seems that the company has not lost its mojo. Better still, quite a few of you brought up its more petite sibling, the XZ1 Compact (but that’s the subject of another poll).

So, how did the big XZ1 get so much love? Sony has been reliable when it comes to software updates. Many adore the squarish design, a rarity when most other makers have very rounded phones. The battery life is solid, along with the usual strengths of a flagship Xperia – the stereo speakers and the waterproofing.

What Sony is doing with the camera also resonates with fans – things like the 960fps slow-motion mode and the new 3D scanning feature. 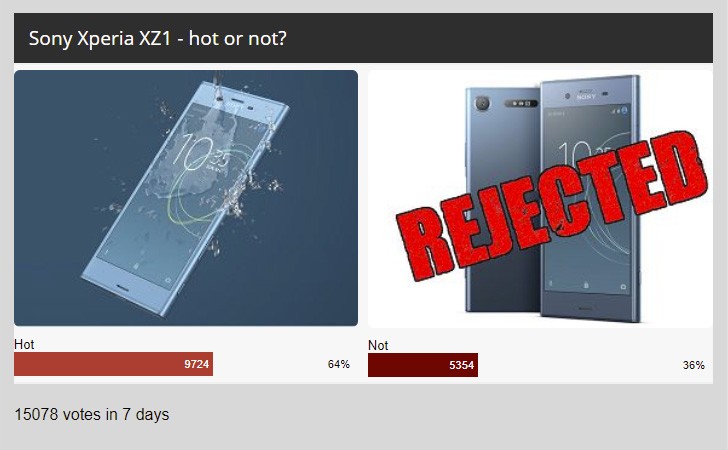 And we can say that about the Sony as well because they will change the design in next year and enter the 18:9 aspect ratio or should I say bezel less :)

Of course you can but Apple is making amends with iPhone X.

Dude, it's better to buy a Sony Xperia with higher features rather than going for other flagships like S8+ and Iphones which is costing more than Sony without those hardcore features provides like Sony!!!