Weekly poll: what do you think of the new Samsung Galaxy A52 and A72?

Samsung unveiled three new A-series phones this week, however only one of them has 5G connectivity. And, surprisingly, it’s not the most premium of the three. The three models are already available in several regions and we were wondering – how many of you want one and which one?

The two phones are identical beyond the chipset and the screen – Snapdragon 720G and 90Hz for the 4G one and Snapdragon 750G and 120Hz in the 5G one. So smoother screen, higher performance in addition to the next-gen connectivity. Is that worth the extra €80? 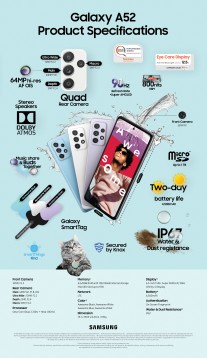 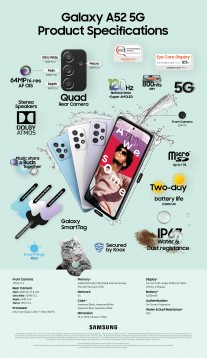 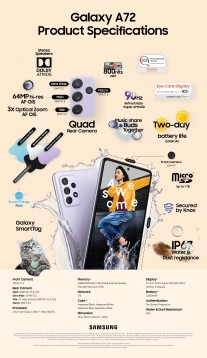 Second, there’s a 3x telephoto camera on board, which is quite a usable zoom level. The 64MP main camera (shared by all three phones) should do a good job at covering the 1-3x range. And note that it has OIS, which we’ve noticed many of our readers value highly. The 12MP ultrawide camera is the same on all models well.

Anyway, another small change is the battery. The A72 has a 5,000 mAh power cell, the two A52s have 4,500 mAh batteries. All three support 25W charging, but only the A72 comes with one in the box - the A52 phones only get a 15W charger with their retail package (still better than the lack of charger that the S-series get, we suppose). 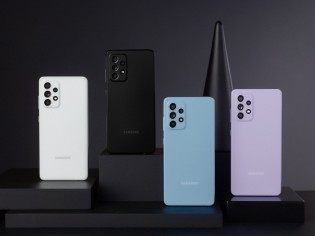 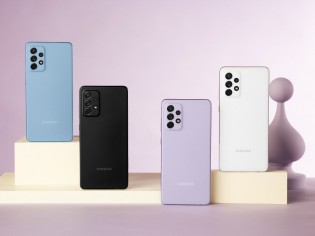 Let’s do a quick rundown of the competition. The OnePlus Nord has a similar 90Hz AMOLED display, the camera is similar to the A52 as well. However, it runs on the more powerful Snapdragon 765G chipset, complete with 5G support, of course. The battery is smaller (4,115 mAh), but you do get a 30W charger in the box. The A52 5G and Nord cost around the same (it varies by region).

A Xiaomi Mi 10T 5G costs the the same (or is slightly cheaper than) the Galaxy A72. You do get 5G as you can tell from the name and the IPS LCD display offers silky smooth 144Hz refresh rate. There’s no telephoto camera, though, so you’ll have to rely on the 64MP main cam for zooming. The 5,000 mAh battery charges at 33W.

You can even pick up a Galaxy Note10 Lite for under €400 – if 5G isn’t a must-have, maybe give this S Pen thing a try. There will be other alternatives soon too, it’s just that they haven’t launched globally yet.

Samsung Galaxy A52 in for review

I never ever had a singnal issue using a Samsung phone. In fact, whenever my friends used to struggle for a signal I found my budget Samsung phone have a good signal. I think the issue with you might be related to your mobile service provider and not...

It's not that hard to disable ads on Xiaomi phones.

I regret buying the unit. It does not get a good signal in my home province. I was using a different brand before, not even a high end one but the signal was so strong in every corner of the house. I stopped using Samsung because of this issue ...