What could have been: the LG Velvet 2 Pro had an S888 chip and a keyless design

The LG Velvet didn’t revitalize the company’s smartphone business as it had hoped. It was one pricey mid-ranger with a neat design, though nothing jaw dropping. The company is no longer making phones, but here’s a look at what could have been if it had stuck around long enough to introduce the second generation of Velvet.

Marketing materials were tweeted out by leakster @FrontTron, who also added helpful translations. This would have been a proper flagship with a Snapdragon 888 chipset, instead of puttering along with a 765G like the Velvet 5G did (or dusting off the old 845 chip like the 4G Velvet). 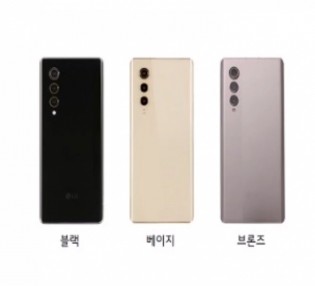 We’ve seen “port-less phones before, at least prototypes of such devices, however, they seemed like a step too far.

LG was going to attempt something more reasonable (yet still quite bold) with the Velvet 2 Pro – a key-less design. The design isn’t completely “hole-less”, by the way, the bottom side houses a USB-C port and a loudspeaker grille.

The camera department looks interesting too, the main module was designed around a 64MP Sony sensor with omni-directional phase detection autofocus and optical image stabilization (OIS). The spec sheet also includes a 12MP ultra wide camera and an 8MP telephoto cam with 3x magnification (30x with digital zoom). The marketing materials speak of 240 fps slow-motion videos from the ultra wide camera and something about a gimbal. 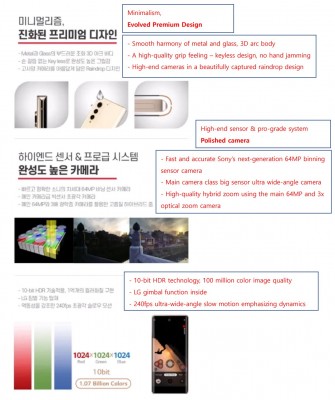 That camera would, of course, have been paired with a good-quality screen – a 6.8” P-OLED with 1080p+ resolution, 120 Hz refresh rate and autofocus. The sides of the display are curved symmetrically with the rear glass panel, forming a smooth transition from front to back. The phone measures a slender 7.5 mm thick and houses a relatively small 4,500 mAh battery.

A few thousand LG Velvet 2 Pro units were manufactured, those were sold off to employees as keepsakes. Users at large will probably never see one in the flesh.

You can buy from ebay but its very expensive

Can someone please sell me this.