What is RCS and what makes it better than SMS?

SMS has been with us for over a quarter of a century and it won’t go away anytime soon. But it’s really showing its age and many have moved to instant messaging – WhatsApp, Viber, WeChat, Line, KakaoTalk – for the convenient features these apps offer over plain SMS.

Recently Google has started (with the help of carriers) to push RCS – Rich Communication Services. If we had to describe it in three words they would be “iMessage for Android”.

Why not just keep using WhatsApp or one of the others? That’s why – SMS is a core feature of mobile networks and every phone supports it, there are no “others”, no competing and incompatible standards. If someone has a mobile phone number, they can receive an SMS and it’s that reliability and ubiquity that keeps the old texting system alive.

RCS aims to be supported by all mobile phones, just like SMS (but with more advanced functionality, of course). That's why carrier integration is vital.

RCS takes a lot of inspiration from instant messaging apps. Improvements over SMS include the obvious things: no message length limit and native support for group chats. But there’s more.

You can send files over RCS, which means full resolution photos, a marked improvement over the heavy compression in MMS (even some IM apps compress photos before sending them). This can also be used for general file sharing, so you can send someone a PDF without going through email.

Since RCS is a carrier feature, they can detect when a phone is not RCS-compatible and fall back to plain SMS. This ensures that messages will be delivered, even if they lose the advanced functionality. 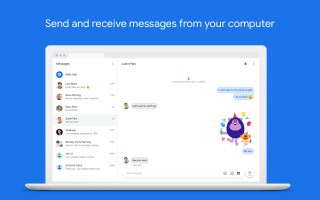 RCS will also have a web interface, so you can seamlessly move between texting on your phone and on a computer (if you’re using Google’s Messages app, you can already do this with SMS too).

However, where RCS really shines is how businesses want to use it.

RCS can deliver customized content and offers interactive features. Imagine this: you buy a ticket, the company sends you an RCS message with a QR code boarding pass. A button will bring up additional options (e.g. a lunch menu) and if extra payment is necessary, you can complete it all without leaving the Messages app.

Or a delivery company sends you a message about an incoming parcel and there are handy buttons to track the delivery or redirect it if needed. Or a hotel reservation with a map to get you there and contact info. 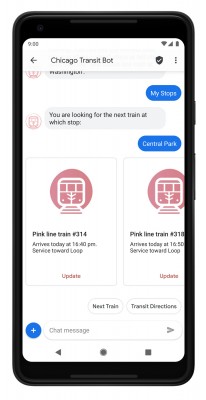 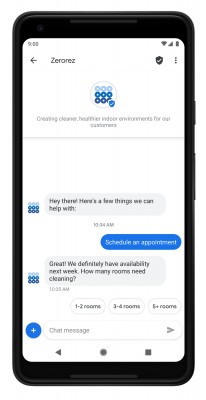 Okay, these things can be done over SMS and email too. However, RCS promises a unified and streamlined experience - and the shine of a new, modern platform.

RCS verifies the sender of each message, which should help fight phishing and other scams. However, the system has been criticized for not supporting end-to-end encryption (like iMessage, Telegram and others), which raises privacy concerns.

Google doesn’t have the best history when it comes to launching messaging platforms, but RCS is an industry standard with carrier support. It’s coming, the only question is how quickly it will replace SMS.

We guess Apple may have a major impact on how quickly RCS is adopted – no support on iPhone would mean people in western markets (where Apple has a large market share) will stick to WhatsApp when they need to chat across platforms. But RCS on iPhone could spell doom for iMessage, so we can see why Tim Cook & co. might be reluctant to adopt the new system.

Can I use RCS today?

If you're in Japan, absolutely. North America and some European countries have multiple RCS-enabled carriers too. Here's the official list of carriers that support RCS.

Tell me I'm color blind. Is it only Japan that have the color of yellow?? Awesome

Get Two adsense on same domain