In today’s world of social distancing, communicating with people for leisure or work often requires some sort of video conference calls. Microsoft and Google have their own platforms for that purpose, but WhatsApp wants to join the game too.

The Facebook service is planning to expands its group video chat function to allow up to 8 members. The app is currently in beta, but testers on iOS and Android can download it. 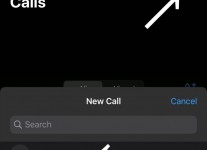 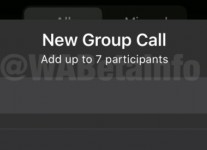 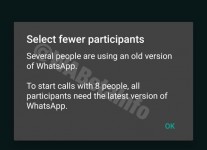 Here's how to add participants in a video call

Earlier this month, WhatsApp started offering video calls of up to 4 people and now it plans to extend the limit twofold. However, given the feature is still in beta, it might take some time to reach all users. There’s also the limitation of people using an old version, something that is probably taking care during the test process.

Given how Facebook positions WhatsApp as a messaging service to your closest friends and family, the extended amount of people is probably just to allow more people to join social distanced evenings, dinners, and celebrating holidays. The platform is unlikely to try and take on Zoom, Google Meet or the likes for now.

Whatsapp web does not allow you for video call/audio call

But Zoom has free limit only for 40 minutes ...Whatsapp is simple to use than Zoom. A simple group call App like whatsapp with around 30 participants is better.