Shortly after WhatsApp's dev team enabled simultaneous multi-device support on its beta version, it also announced a new browser extension. The add-on is called Code Verify and its sole purpose is to ensure the web version of WhatsApp is secure enough and the end-to-end encryption hasn't been compromised. 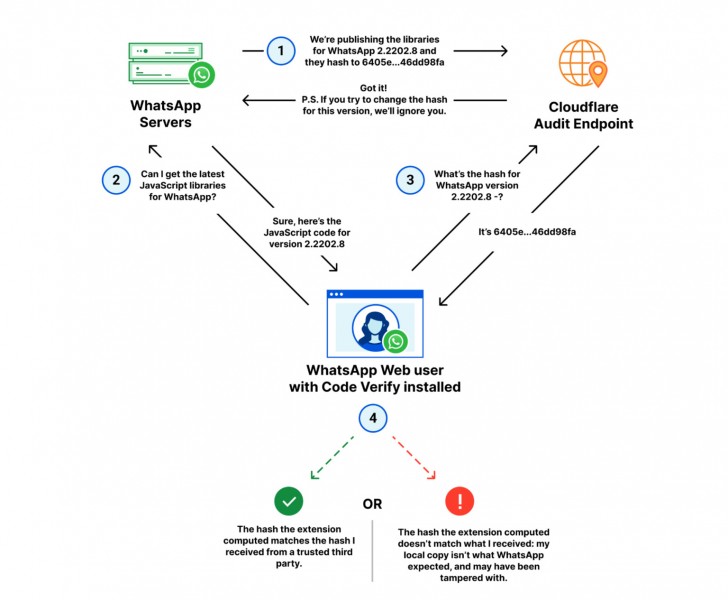 WhatsApp says that after it launched the multi-device support, it's seeing an increasing number of WhatsApp web logins. And the web app is naturally less resilient against attacks. So the Code Verify ensures the same level of security as a native app on Windows, iOS or Android.

The browser extension itself is very simple. It merely compares the presented hash code with the one uploaded to a trusted and secure Cloudflare. If everything is alright, the extension gives you the green light to proceed with your conversations.

WhatsApp is now letting you preview voice messages before sending them

Guys, I am not getting an option to opt from whatsapp beta. Is there a way to opt out. I just hate the feature of messages not getting deleted from phone and web in one go.

Same level of security, a.k.a. secure and private from other people, never from Facebook or U.S. gov. Thanks, but no thanks.