The message reactions feature announced last month by WhatsApp is now rolling out to its users. It works similarly to how Facebook's reactions work - you long-press on a WhatsApp message and select the emoji you want to react with. 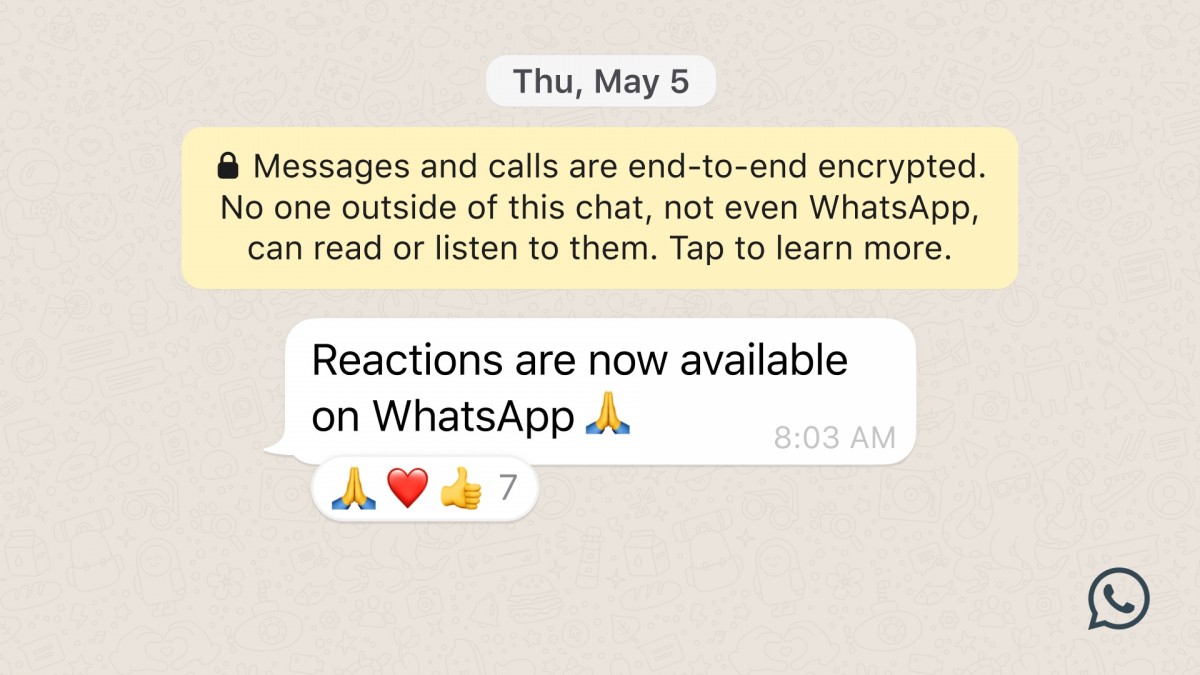 Right now, you get to choose from six emojis - shown by Meta CEO Mark Zuckerberg in his Facebook post below - but WhatsApp has promised to add support for more emojis and skin tones in the future.

The message reactions feature is already available for some users on the latest version of WhatsApp, but it will be about a week or two before it reaches all WhatsApp users globally.

In addition to reacting to messages with emojis, WhatsApp users can also share larger files now since WhatsApp has increased the file transfer size from 100MB to 2GB.

Besides, WhatsApp has doubled the maximum number of participants allowed in a group chat - from 256 to 512 people. However, WhatsApp says it is "slowly rolling out the ability" to add up to 512 people to a group, so you'll have to wait before you can add more than 256 members to a WhatsApp group.

WhatsApp is now letting you preview voice messages before sending them

but we are using it from long time ?

Well man even a giant can fall. Lehmann brothers are good example or chrysler car brand, or general motors back in 1.6.2009. Twitter been bought by Elon Musk but even such it can fall such as Gionee or Vertu or Siemens phone brand or Nokia of t...