One of the more interesting features of Windows 11 is the Subsystem for Android that’s built it. This lets Windows 11 users run Android apps either natively or through X86 emulation depending on the machine’s hardware. Today, Microsoft has released an update to all Windows Insider channels (US only) that improves the overall usability of the Subsystem for Android and adds some new features for developers and users alike.

We’ve made a huge change to networking! We’re not introducing advanced networking, which enables app access to local network devices for ARM computers, allowing apps to take advantage of this functionality. We’ve also enabled IPv6 and VPN connectivity, enhancing the networking functionalities of the subsystem.

More granular control of the Subsystem’s networking options is now offered in the Windows Subsystem for Android Settings app and will account for advanced networking. Plus, the Subsystem and Windows machine will now have the same IP address – previously, both were assigned different addresses. 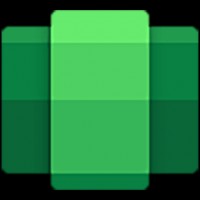 Icon for Windows Subsystem for Android

Other updates include updates to system kernels, improved apps, and performance stability, as well as battery-specific features within Android that help to improve power consumption. There are couple of noteworthy security features like Android apps marked secure can no longer be screenshot, and ADB debug pop-ups will be directed to Windows for security. You can read the full changelog over at the Source link.

The Xiaomi Book S 12.4" is a Snapdragon 8cx Gen 2-powered Windows 2-in-1 convertible

Well they should've expanded the chromebook's availability. It's stupid of them for only selling it on the popular regions, knowing so damn well the markets there are dominated by MacOS and Windows

Great to know what Microsoft are "not introducing"