Xiaomi just confirmed its 12 series smartphones will launch globally on March 15. The event will start at 8PM China time / 12PM UTC and will be live-streamed on several online platforms including YouTube, Twitter, Facebook as well as Xiaomi’s own website. 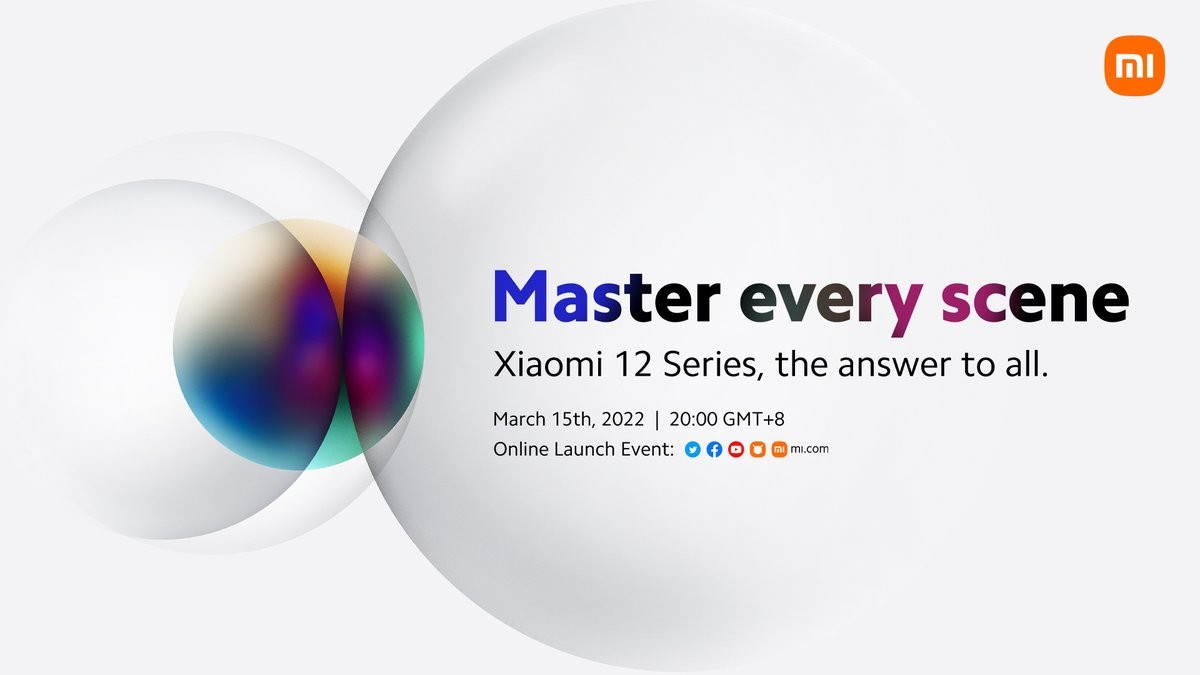 We can expect the Xiaomi 12, Xiaomi 12X and Xiaomi 12 Pro at the event. There’s little chance pointing to the long-rumored Ultra model being part of the event at this point. Xiaomi may also introduce some new smart wearables at the event but we’ll have to wait for more teasers. Xiaomi 12 series EU pricing is rumored to start at €600-700 for the 12X, €899 for the vanilla 12 and €1,099 for the 12 Pro all in their base 128GB storage configurations.

Launch a phone a week but then they not available to buy for another 6 months... UK I'm still waiting for the Redmi Note 11 Pro which was launched in October 2021 in China.... The Note 12 already rumoured to launch in China next month... Makes ...

xiaomi must reconsider EU, Russia and US pricing if, they want to sell those phones in those markets. numbers also show that,most of their sells are still coming from Asia market.

its not, oneplus ui is the fastest on android almost no bloat.