Earlier today Oppo showcased an under-display camera that is invisible when the screen is working, and apparently Xiaomi is also working on the technology. The Mi company posted on its social media channels that it found a solution to make the front camera “disappear” that will likely end the trend of notches and elevating cameras.

Do you want a sneak peek at the future? Here you go...introducing you to Under-Display Camera technology!#Xiaomi #InnovationForEveryone pic.twitter.com/d2HL6FHkh1

According to Xiaomi, the company patented a way to make the display transparent without reflecting light in any way when the screen is completely black and the diodes are off. The company says it can implement a proper 20 MP selfie shooter with 5P lens under the panel, but the OLED itself also acts as a plastic layer.

It is said to bring better viewing experience than the LCD solution that has a set of pixels constantly turned off, like in the Honor 20 phones or а bunch of Samsung Galaxy midrangers. 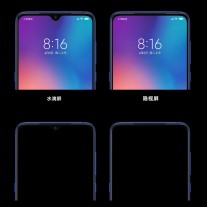 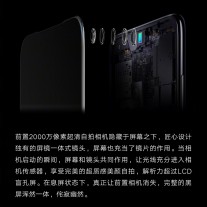 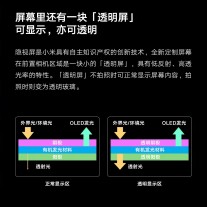 Slides from the presentation in Chinese

While Xiaomi is not revealing any launch dates of a smartphone with the tech, we expect it to hit the next Mi Mix, a series which is famous with its huge displays and innovative techs - after all the last Mi Mix 3 was among the first sliders and one of the pioneers of the 5G revolution in Europe.

Xiaomi think that I am world's best company of phone meker brand but they forgot it was worth company ever and always make low quality phone maker .if you were already purchased of xiaomi 's phone then you saw always show error massage in camera ,bat...