After several delays Google finally announced Android 11 Beta 1 and Xiaomi is eager to try it out. “Soon” it will release Beta 1 for three of its flagships, though the company is mum on the exact timing.

Owners of the Xiaomi Mi 10 5G, Mi 10 Pro 5G or the Poco F2 Pro will be among the first to test the new version of Android. This will probably include the first look at MIUI 13 as well - Xiaomi just started pushing out MIUI 12 to the Mi 10 duo, but that is based on Android 10, just like MIUI 11 before it. 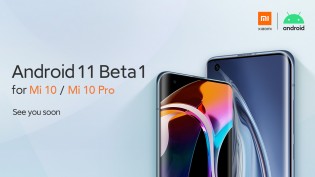 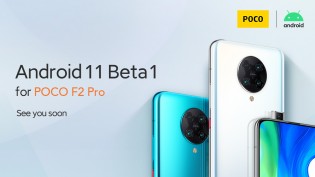 There’s no word of any Redmi phones taking part of the beta trials, even though the Poco is really just a Redmi K30 Pro. Also, chances are that this will be a closed beta so most of you won’t be able to try it anyway.

Rival Oppo announced that two of its phones, Find X2 and Find X2 Pro, will be getting the Android 11 beta by the end of the month.

A2 will not be getting A11.. Plus Android one phones for Xiaomi doesn't get an open beta