Xiaomi is making a second attempt at VR (after the previous Mi VR Play) with the launch of the new Mi VR. It's a virtual reality headset designed to work with select Mi devices and comes with a motion controller. 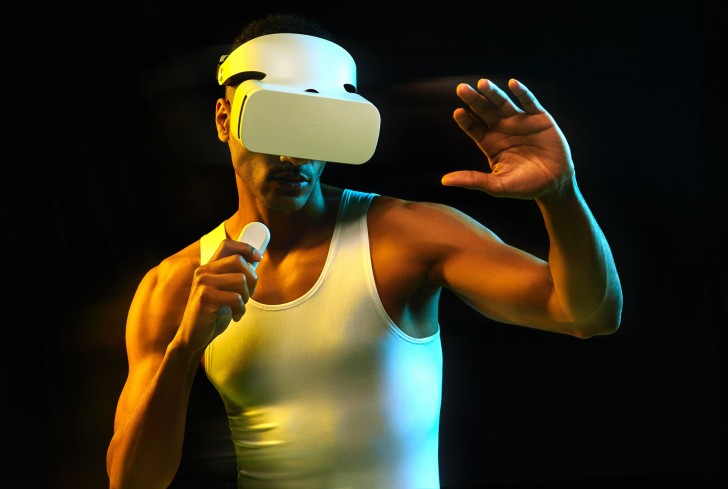 At its heart is the headset that is designed to work with the newly announced Mi Note 2, Mi 5s, Mi 5s Plus, and the Mi 5. It has an integrated hardware level motion sensor with 16ms latency. The headset also comes with a remote controller with a trackpad and 9-axis motion sensor.

microsoft also copied this look, i mean the headband etc.

A mixture of PSVR and Daydream controller..