Xiaomi Civi 2 will launch on September 27

The China-exclusive Xiaomi Civi lineup is about to get a new member. The Xiaomi Civi 2 is launching on September 27, the company revealed on its Weibo channel.

The new midranger will retain the lightweight design and lovely visual appearance of its predecessor. The Civi 2 is also expected to have a so-called Trend Partner in the face of “Hello Kitty”. 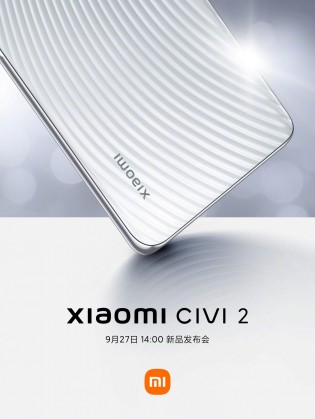 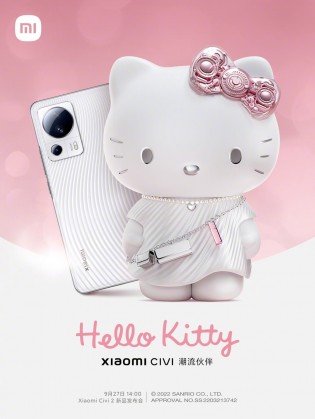 The Civi 2 will have a 50MP triple camera on the back, with the island resembling the Xiaomi 12 series and its modular design. We can see the main and ultrawide-angle cameras behind the big circle, while the smaller one, next to the dual LED flash, will likely be a 2MP sensor.

Details about the the front panel are scarce, but we can see the power key protruding in a way that can not house the fingerprint scanner. This would mean the front panel is an OLED and has the scanner underneath. It will also likely at least match the 120Hz refresh rate and Full HD+ resolution of the Civi 1S.

The availability and pricing will be unveiled on Tuesday during the launch but we do expect to see more teasers in the days leading to the event.

Lei Jun steps down as a chairman from another Xiaomi subsidiary