Xiaomi introduced the Poco M4 Pro 5G to the global audience back in November, and later this month India will also get it. However, the company may be bringing a 4G version alongside it.

The phone with the model number Xiaomi 2201117PG popped on Geekbench, revealing a Helio G96 chipset and 6GB of RAM. 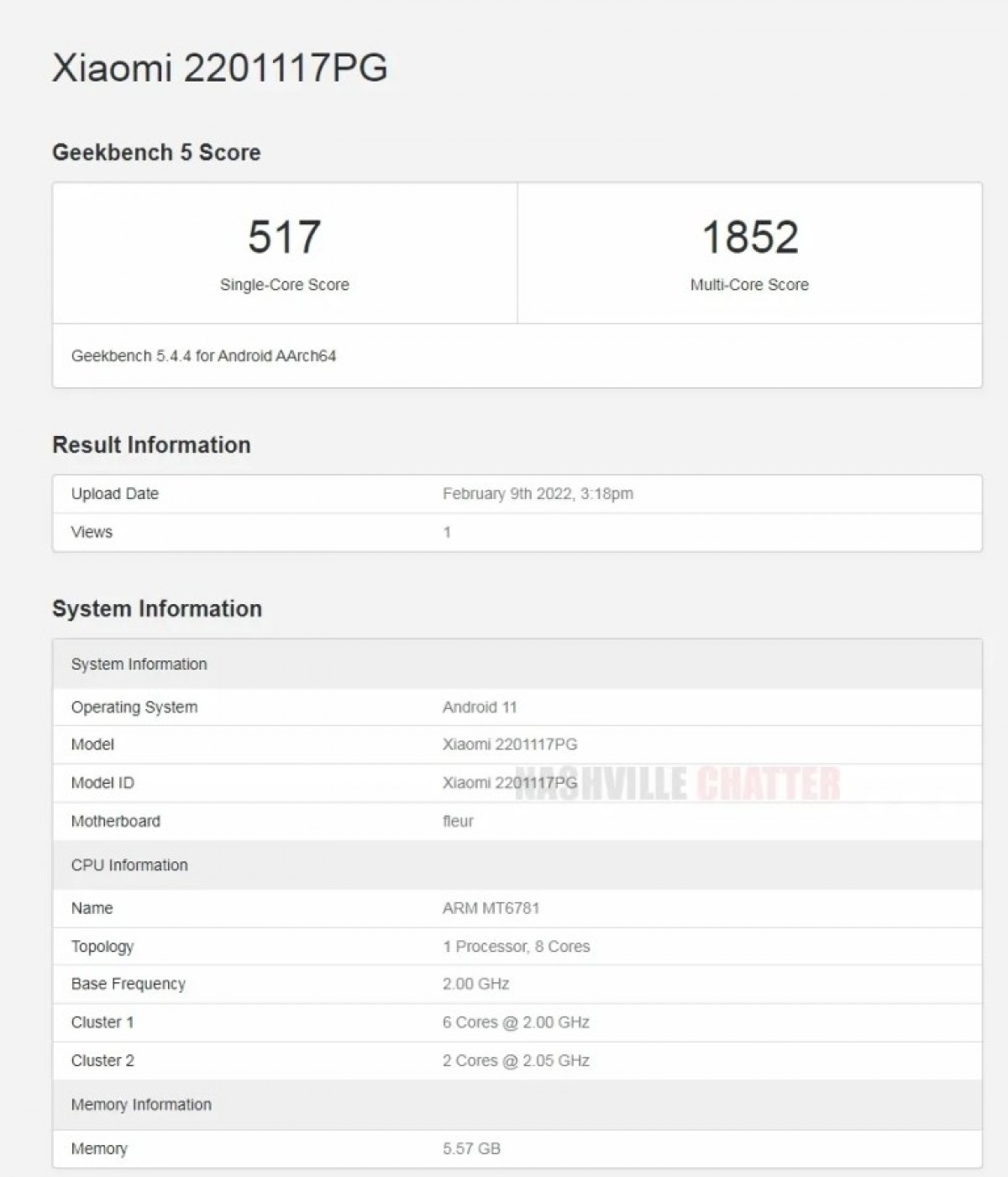 The Poco M4 Pro 4G may well be identical to the Redmi Note 11S with another name on the back, and probably a different paint job. Previous rumors already revealed similarities between those two phones, with the single difference being the presence of an NFC chip.

If the rumors are true, the 4G version of the Poco M4 Pro will have four cameras, unlike the dual setup in its 5G sibling, as well as an AMOLED display, albeit smaller. We have no information when this phone will hit the markets, but surely a launch is right around the corner since if it is already being benchmarked.

Correct. In fact, many people complain about phones lacking 5G when these people don't even use it or worse, can't!

There are cheap phones for those who can't afford more expensive ones.

Not everyone has the cash to get a 5g phone, and 4g is fine,as well many areas arnt getting 5g So why do you need a 5g modem ,