The Xiaomi Mi 10 and Mi 10 Pro have appeared in a leaked promo banner ahead of their expected February 13 announcement.

The bluish-colored handset with four cameras is the Mi 10 Pro, while the green unit is likely the vanilla Mi 10, which also sports four snappers on the back but doesn't include the extra sensor between the second and third ones.

Previously leaked live images of the Mi 10 also showed quad rear cameras, but they all were placed together on a single plate. 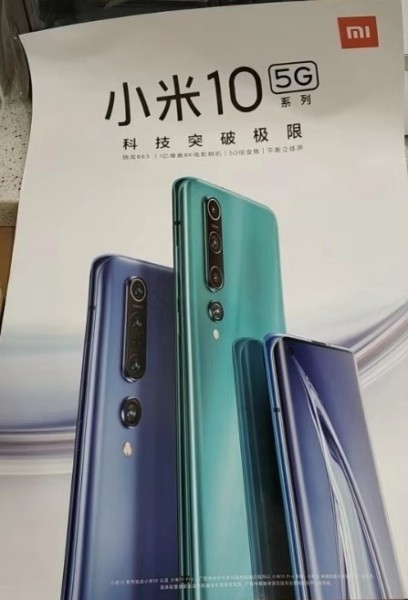 Moving on to the front, we see a display with a punch hole in the top left corner and curved edges.

Xiaomi Mi 10 will use LPDDR5 RAM

Probably a great phone, but it's design is just an eyesore...