Xiaomi's Mi 6 went official last month, but it seems like the Chinese company is currently working on a lesser version of its flagship handset. A cheaper entry-level model. A Mi 6c, if you will. If true, this would come quite soon after the Mi 5c, which is powered by Xiaomi's own Surge S1 chipset.

That's not the case for the device codenamed Jason, that recently ran GFXBench. Jason may or may not end up being sold as Mi 6c, but one thing's certain - in this case the company has opted to use a Qualcomm chip. Namely, the recently unveiled Snapdragon 660. 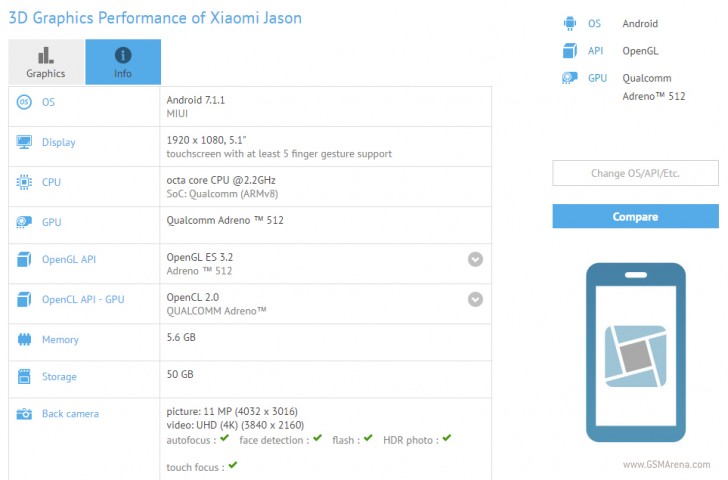 That's not a slouch by any stretch of the imagination, but it's also no match for the top of the line SD835 inside the Mi 6. Aside from the different SoC, the Jason gets a downgraded front-facing camera compared to that model, going to 4 MP from 8 MP.

Otherwise, its specs look identical to those of the Mi 6 - at least those that have been revealed by the aforementioned benchmark run. Expect to see a 5.1-inch 1080p touchscreen in there, 6GB of RAM, and 64GB of storage. The Jason runs Android 7.1.1 Nougat, with MIUI on top naturally.

Xiaomi Mi Max 2 unveiled, aims to be a battery king

Another fail device with broken MIUI