The Xiaomi Mi 8 series is about to get two new additions. While the Mi 8 Youth or more likely Mi 8X was leaked over and over again, the Mi 8 Fingerprint Scanner Edition was just a rumor.

Until now - today Weibo brought us the first live images of the smartphone in its retail box, revealing some key specs, including an under-display fingerprint sensor and Snapdragon 845 chipset. 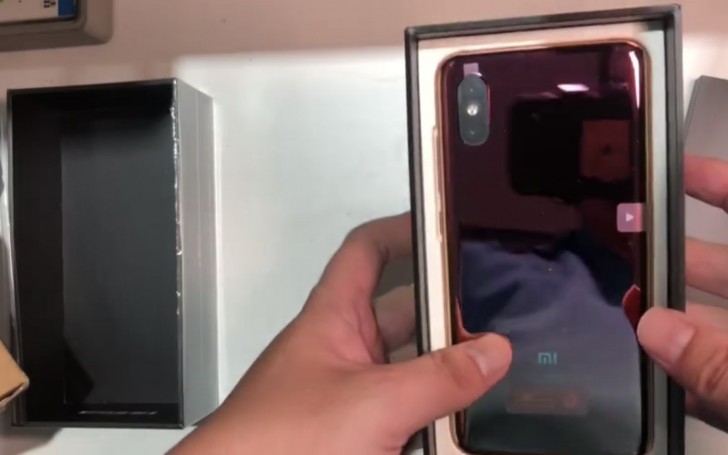 The Mi 8 Fingerprint Scanner Edition (hopefully it will have a shorter name like Xiaomi Mi 8 UD) appears in Dark Red paint job that changes to a lighter color under various lighting. In one of the images, we can see it goes from Bordeaux to Amber color, while on the other live photo it is Dark Red, similar to the color of a cherry or a pomegranate. 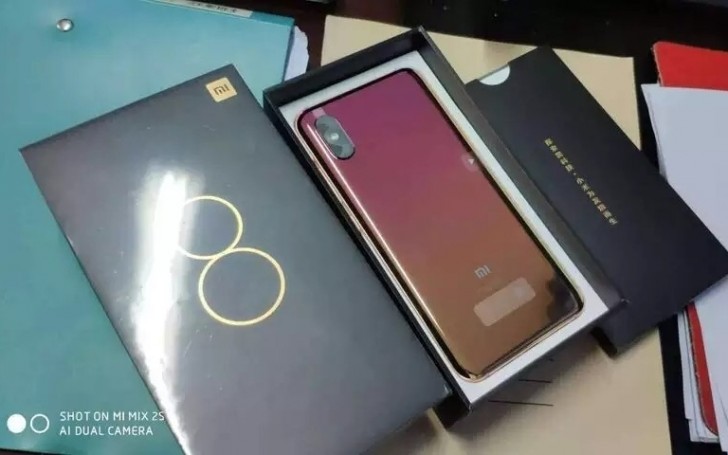 The package label reveals the new phone will have not only the flagship SoC but also the newest GPS positioning system that utilizes both L1 and L5 bands. Of course, the highlight of the device is the fingerprint scanner under the screen, which means the panel will be OLED. 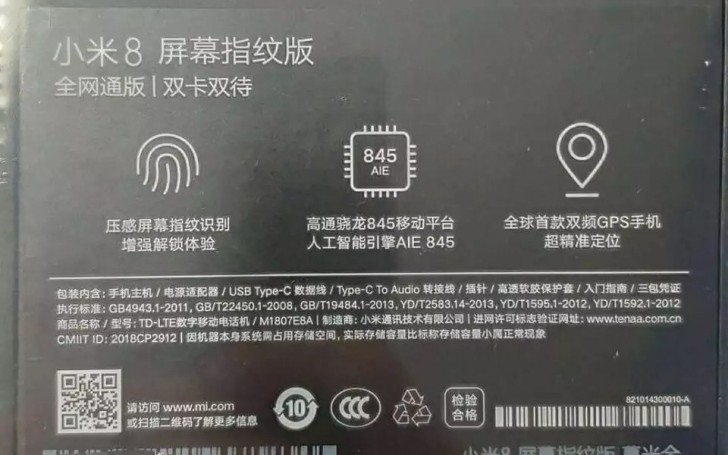 Xiaomi Mi 8 already has an in-screen fingerprint scanner version called Xiaomi Mi 8 Explorer, but it sports a transparent back panel. The new phone comes without the revealing rear and joins the gradient bandwagon instead.

Xiaomi with another teaser video of the Mi 8 Youth Edition

If this phone has a 4000mAh batt and LiquidCool Tech . this will be awesome hopefully it will be also android Pie ready out of the box