The nubia Red Magic Mars has finally been dethroned as the fastest Android smartphone in the monthly AnTuTu ranking. The arrival of Snapdragon 855 gave us a new leader - the Xiaomi Mi 9, closely followed by the Lenovo Z5 Pro GT, running the same Qualcomm chipset. 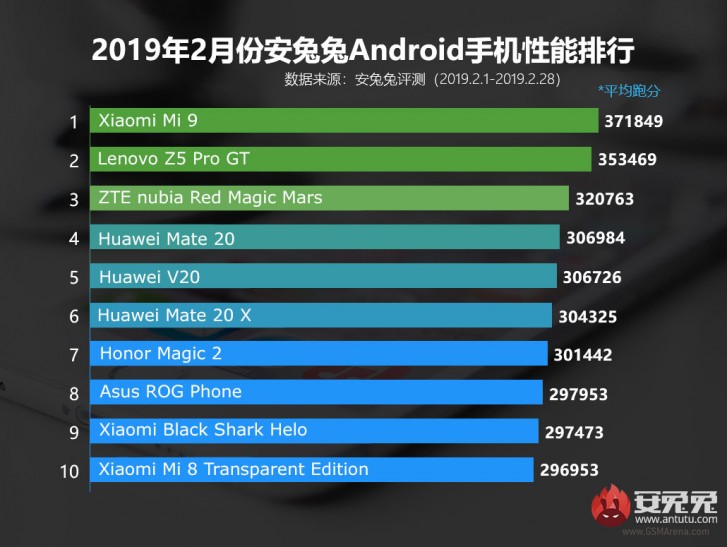 The previous leader is down in third, but still way ahead of the following four Kirin 980-powered devices - two of them being Huawei, the other two from the sister brand Honor. The list is completed by the gaming devices ROG Phone and Xiaomi Black Shark Helo.

Since the list consists only officially available smartphones, devices like the Galaxy S10 and Sony Xperia 1 are yet to appear. The benchmarks tests CPU, GPU, UX, and memory.

Why are you blaming Apple? Blame the Chinese manufacturers that build the phones Apple designed and engineered, that's the reason Apple hired them in the first place.

Just get a damn tablet already and call it a day, there are enough big ass phone out there we don't need them to get any bigger!

I would switch in a heartbeat even with its known bugs and memory management issues all because stock Android is way better than a cheap iOS knockoff. The waterdrop notch is good along with the rest of the hardware (minus the small battery) but the s...