Xiaomi Mi 9 Lite in for review

Xiaomi introduced the camera-centric CC9 lineup back in July as part of the Mi family. Two of the phones escaped China under a different name - the Mi CC9e is called Mi A3 and was moved to the Android One program for its global debut, while the Mi CC9 was renamed to Mi 9 Lite and that’s what we have in our hands today. Here’s what impressed us about the Snapdragon 710-powered phone that goes for €319 in Europe. 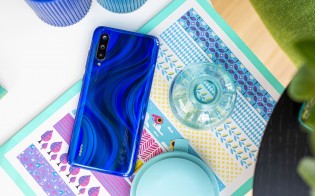 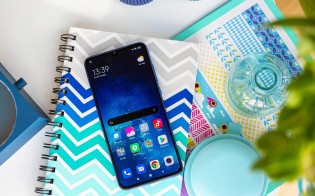 The only difference between Mi CC9 and Mi 9 Lite is the software - unlike in China, the global version has Google services, but it still runs on Android Pie with MIUI 10 on top. Our variant in Blue comes with 6 GB RAM and 128 GB storage, which is the higher of two options - there is also a 4/64 GB variant.

The Super AMOLED screen provides lovely colors and brightness, while the black bezels are less than intrusive, although we would prefer even thinner frame, given the flat panel of the 6.39” display. It has big battery and fast 18W charging. The Mi 9 Lite being a successor of the Mi 8 Lite, improves on pretty much everything. 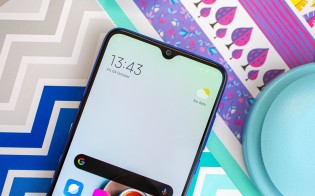 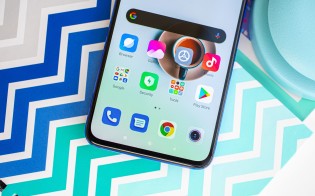 The Snapdragon 710 chipset is truly an upgrade, but equally impressive is the 48 MP camera on the back. There is also an 8 MP ultra-wide shooter and a 2 MP depth sensor, but we’ll have to wait for the full review to know if the camera is any good. Since the Mi CC9 was advertised for people that are Creative and Conscious, we turned on the selfie camera (which has a 32 MP sensor). 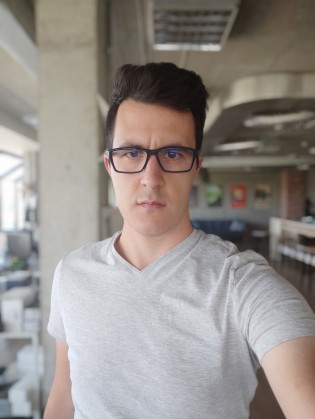 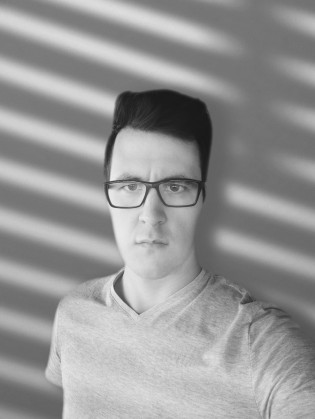 Check out the hair and the missing arm

While it is way too early for conclusions, the first thing you notice when you get creative in Portrait mode, is the subject separation. We attached two selfies to see how the Mi 9 Lite is essentially making you look like a blocky character out of Half-Life that was released 20 years ago.

That aside, the MIUI is the usual feature-packed and responsive affair. It lights the edge around the waterdrop notch to remind you where the camera is since there are way too many people looking to the screen when taking selfies; reminds you how far the camera should be from the face, due to the fixed focus. One neat feature that some creative people might find useful is the slow-motion video with recommended soundtrack - once again, thanks to the AI. 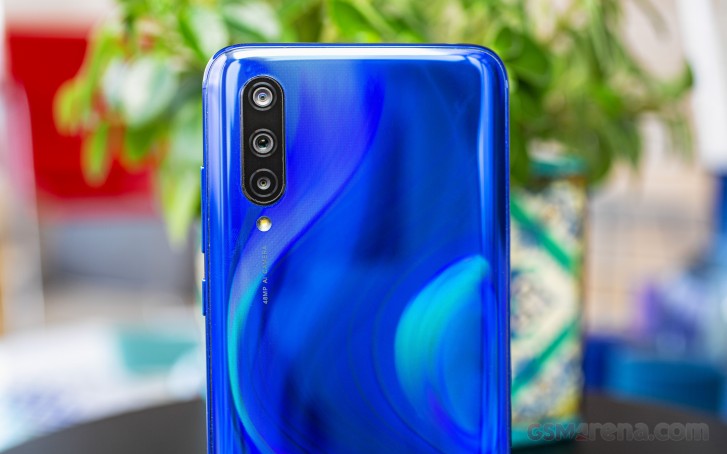 Artistic or not, the Xiaomi Mi 9 Lite looks like a lovely midranger that can take up on competitors like the Realme X, Oppo Reno Z or the Samsung Galaxy A50s. Whether or not this is the smartphone to buy, if your budget does not exceed €350, we set to establish in our full review.

Xiaomi Mi 9 Lite is the CC9 for Europe, coming September 16

Read discussion before asking some time. Your answer is here: https://www.gsmarena.com/xiaomi_mi_9_lite-reviews-9862p3.php

Is it possible to record calls from call app?

This is a good one since I'm not a fan of pop up camera. I'm still searching for a phone with the same but not exactly like on mi 9t pro. I hope this one will release on the Philippines soon.