The Xiaomi Mi 9T which will be unveiled on June 12 appeared on Geekbench two days ago confirming that it's a re-branded Redmi K20. Now, the Mi 9T Pro has also been spotted on the benchmarking database, and the listing confirms that it's a re-badged Redmi K20 Pro.

The Redmi K20 Pro previously appeared on Geekbench with the codename "raphael" and the Mi 9T Pro shares that. It runs Android Pie and is powered by an octa-core processor which is paired with 8GB RAM. 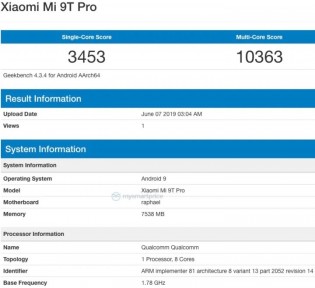 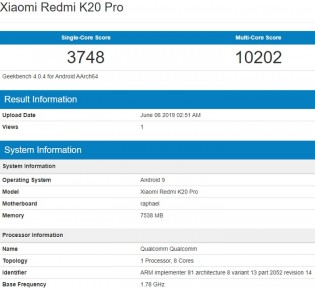 The Mi 9T Pro is likely to go official next Wednesday alongside the Mi 9T, and these smartphones are also said to debut in some markets under the Poco F2 and Poco F2 Pro moniker.

And NFC. Those are more important features to me than wireless charging and IR blaster