The waiting has paid off - Xiaomi just unveiled the Mi A2 and Mi A2 Lite on stage. These represent the company's second generation of stock Android phones and come with Project Treble support. Plus they are a solid upgrade over the Mi A1 - the Mi A2 is more powerful while the Lite model brings a large battery.

The spec sheet is no surprise, but it’s still good to see Xiaomi venture into more premium territory with its Android One offerings. The Xiaomi Mi A2 packs some pretty capable hardware in its aluminum unibody.

It features a 5.99” IPS LCD with 1,080 x 2,160px resolution. It promises 85% NTSC color coverage and 1,500:1 contrast ratio and it is guarded by a beveled Gorilla Glass 5. The phone has roughly the same dimensions as the A1 (it’s 3mm taller), but offers 12% more screen real estate thanks to the taller aspect ratio.

Photography is a key part of the Mi A2 package. The selfie camera is built around a 20MP Sony IMX376 sensor. It has 1µm pixels, but in the dark it can group four of them for improved light sensitivity. There’s a dedicated LED flash for selfies as well as the usual bundle of AI-powered effects and HDR.

The rear dual camera uses the same sensor (with an f/1.75 aperture) as well as a 12MP Sony IMX486, which has larger 1.25µm pixels (and the same aperture). You can manually switch between the two sensors, depending on what’s appropriate for the scene. Note that there’s no difference in the field of view, as in no telephoto or wide-angle lens. 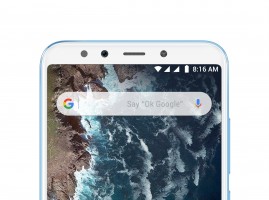 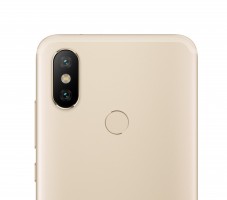 The Mi A2 is part of the Android One program and is powered by the speedy Snapdragon 660 chipset. The RAM is 4GB on the base model and 6GB on the top model. Storage starts at the limited 32GB (there’s no microSD slot) and there are 64GB and 128GB options (the latter is the one with 6GB RAM).

The phone measures 7.3mm thick and weighs 166g. Its aluminum body will come in Black, Blue, Red, Gold and Rose Gold. The battery has a 3,000mAh capacity and you get a 10W charger. 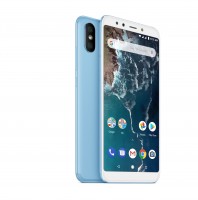 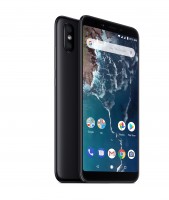 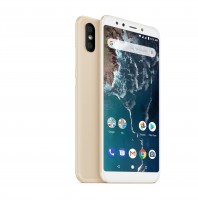 Xiaomi Mi A2 in Blue, Black and Gold

The Xiaomi Mi A2 will launch in 40 markets. Here’s the pricing for Spain where the phone will launch on August 10. Other countries that got their launch dates confirmed are France (July 27 launch) and Italy (August 8).

Here are all the countries where the Xiaomi Mi A2 will be available officially:

You can think of the Xiaomi Mi A2 Lite as a refresh of the original. It’s powered by the same Snapdragon 625 chipset and the screen has roughly the same surface area – though now with a trendy notch and 19:9 aspect ratio. The phone is both shorter and narrower, making it easier to handle.

The battery is a big upgrade with its 4,000mAh capacity. Xiaomi promises 6 hours of non-stop gaming or 34 hours of music playback. We don’t mind the 8.8mm thickness, but we do mind the outdated microUSB port a little bit. 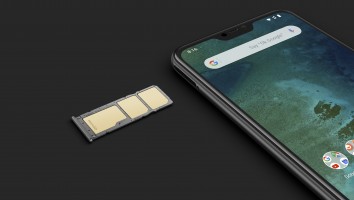 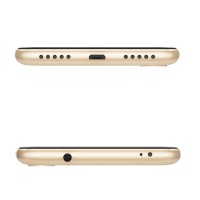 Back to the screen – it’s a 5.84” panel with 1080p+ resolution. Its notch is home to a 5MP front camera, which promises selfies with bokeh effects.

The dual camera on the rear is a 12MP+5MP combo. The 12MP sensor is the primary shooter and it features 1.25µm pixels and phase detection autofocus.

The Mi A2 Lite comes in two versions – with 3GB of RAM and 32GB storage and 4GB/64GB. There’s a dedicated microSD slot, so storage expansion is always an option (even if you use both SIM slots). Still, the extra gig of RAM may make the second version more desirable. 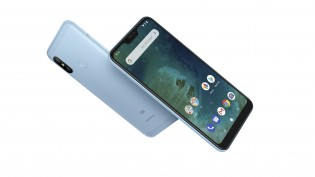 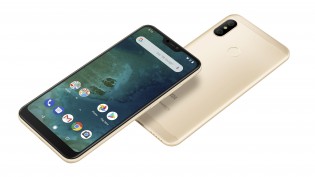 Xiaomi Mi A2 Lite in Blue and Gold

The Xiaomi Mi A2 Lite has the same launch dates as its sibling - France on July 27, Italy on August 8 and Spain on August 10. The pricing is pretty aggressive, on the level of the Redmi 6 (and the hardware is essentially Redmi 6 Pro).

I know! Yet we have overpriced bb, LG, and everbreaking Sony here. Thank god for nokia bringing some good spec for entry and premium mid range, as well as Huawei stepping on samsung toes. It would be nice for a change to have option for no notch and ...