Xiaomi’s Mi Band line could be getting a new version as early as tomorrow at an event hosted by the Mijia sub-brand will introduce its latest wearables. The Xiaomi Smart Inn conference will be live broadcasted starting at 2MP local time.

The Mi Band 5 is expected to bring a 1.2-inch OLED color display and NFC on global units which would allow for contactless payments. Up until now, NFC was only available on Chinese Mi Band units. Apart from the update display and expanded NFC functionality we don’t know much about the new band. 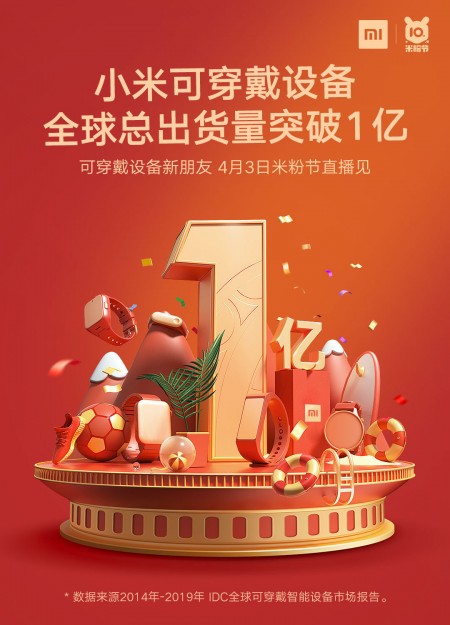 According to speculation, the Mi Band 5 will launch at CNY 180 ($25) in China. As usual, the wearable will arrive to global markets later on.

ahahah. Usually, when a manufacturer gets enough support from users they tend to develop the new one faster..The main challenge is keeping the price same as before and they do it by ordering lots of supplies

I wish they have a gps version as well. Alternative to Amazfit Bip