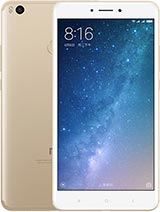 Zhapon, 06 Aug 2020Here is the one, I love it: https://forum.xda-developers.c... moreSorry i never use unofficial roms. Thanks but no thanks. No reliable, bug free official rom is available for the device

Gajanan Ganapule., 11 Jul 2020Why mi 12 listing mi MX 2 is not included. When wii gate update Mi max 2 won't get miui 12. Mi max 2 was launched with miui 8 and got updated to miui 11.2. There are no reliable custom roms available for your device. Buy a new device or keep using on miui 11.

Anonymous, 17 Jan 2018How to uninstall system apps in mi max2 without rooting the... moreWhy mi 12 listing mi MX 2 is not included. When wii gate update

cheapsk8, 26 Jun 2020I really don't get it, why is Android update a must? Newer ... moreUpdates are mainly for newer Android features and more importantly, patching up of security vulnerabilities. However, if you don't need both (newer features, better security) because you never use the phone for online financial transactions, it's better NOT TO UPDATE a 2 year old or older Xiaomi phone. Xiaomi tends to push those final 'phone killer' updates to older Xiaomi phones with another HIDDEN purpose - to make your phone rapidly drain battery and make it very slow charging. Once installed, even a factory reset won't solve the problem. Within a few months of extended charging and rapid battery drain, the battery wear accelerates and cause battery swelling. You'll need to dispose off the phone. It happened to 3 of my older Xiaomi phones - so be warned. It's the reason I don't install updates anymore if a Xiaomi phone model is approaching 2 years old. You can install updates on the first year and a half but be really wary for the later updates especially when your Xiaomi phone is approaching 2 years old.

cheapsk8, 26 Jun 2020I really don't get it, why is Android update a must? Newer ... moreNot all update are to support newer hardware, some fix bugs in previous versions, others address issues like security

Mi Max 2 user, 19 Apr 2020Guys, if you're experiencing slowdown/lag/battery drain on ... moreHow to root my mi max 2?, please help my phone is slow, lagging after the update.

Anonymous, 02 Jun 2020Yes. It's pathetic how Xiaomi updated the cheapest Redmi 4x... moreI really don't get it, why is Android update a must? Newer versions are developed to support newer hardware, are they not? As the phone hardware doesn't change, why does it absolutely need newer Android? In fact, what you always hear is people ending up with annoying bugs that didn't exist before update, battery drain, etc.

Support/software updates for this has ended as of 2020, but still a good phone overall.

Tejasvi, 29 May 2020I fully agree with you. These Xiaomi jerks haven't provided... moreYes. It's pathetic how Xiaomi updated the cheapest Redmi 4x line from marshmallow to nougat but never did update the more expensive Mi Max 2 from Nougat to Oreo. Born with Nougat, the Mi Max 2 is dying with Nougat. The only phone worse in terms of updates is the LG V20. The V20 also launched with Nougat in 2016 and it is still in Nougat in 2020 for many international variants. For a flagship phone that launched with a $799 price tag in 2016 (LG V20), having zero android software version updates is inconceivable. LG paid for it dearly now that all its phones from entry-level to flagship are largely ignored by buyers and its mobile business is bleeding, dying a slow, painful death.

Anonymous, 22 May 2020See? That's absolute nonsense for the vast majority of andr... moreI fully agree with you. These Xiaomi jerks haven't provided a single software update for mi max 2(android version). Yes, they constantly keep changing their miui crap(by that i mean adding ads). Mi max 2 is a classic example of why not to trust chinese brands. It's an mi series handset which didn't receive a single android update which is absolutely shameful if you ask me. Regarding android updates, buy from brands like OnePlus,Asus and Android one(even xiaomi has to provide update no matter how much they delay but they have to update),Nokia etc. Next time buy phones from brands that actually provide timely updates. Absolutely pathetic state of affairs. Absolute wastage of money if you ask me( Still stuck on android 7.1 in 2020)

joe nodden, 21 May 2020How am I not. (Notice the tone of that question) He literal... moreSee? That's absolute nonsense for the vast majority of android phone owners who don't even know what a custom ROM is, let alone, how to unlock the bootloader and root the phone.

Anonymous, 21 May 2020Yep. As if you're making sense with your 'questions'. How am I not. (Notice the tone of that question) He literally had tons of great ROMs to choose from yet chose the official one.

joe nodden, 21 May 2020You know that was a question regardless of the ending. I kn... moreYep. As if you're making sense with your 'questions'.

Anonymous, 21 May 2020Interrogative sentences end with a question mark. You know that was a question regardless of the ending. I know it's not grammatically correct, I simply don't like the tone that question marks seem to give. Excluding them makes the tone seem more serious and tired of the questioned person's nonsense. To me at least.

joe nodden, 20 May 2020You didn't answer my question.Interrogative sentences end with a question mark.

Anonymous, 20 May 2020I don't install the last few MIUI updates anymore after Xia... moreI mean for the remaining other Xiaomi phones in our household, I no longer download and install MIUI updates because those remaining Xiaomi phones are approaching 2 years and they will suffer the same fate as the other three - planned obsolescence Xiaomi style.

joe nodden, 20 May 2020Who said you had to install themI don't install the last few MIUI updates anymore after Xiaomi rendered 3 of my Xiaomi phones useless - fast battery draining and ultra slow charging.