According to a new rumor out of China, Xiaomi will launch the successor to last year's Mi Max in a few months. Specifically, the rumor - which came in the form of a Weibo post - says the Xiaomi Mi Max 2 will be released in May. 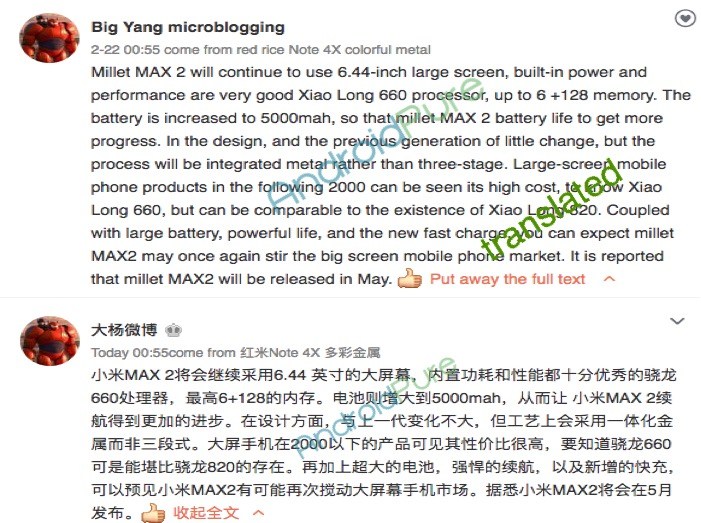 As for the specs, the rumor says the phone will have the same 6.44-inch display, but will be powered by Qualcomm's Snapdragon 660 SoC instead. It will have 6GB RAM and 128GB internal memory, and will pack in a 5,000mAh battery with fast charge support.

Needless to say, none of this has been officially confirmed, so take it with a pinch of salt.

Probably just rumor specs. It was from an article November last year. http://www.androidauthority.com/qualcomm-snapdragon-835-specs-leak-730977/

What do you mean by apple costume design?

Oh I hope it doesn't cost more than $500. They need to keep it a Midranger, end of story.