Xiaomi Mi Mix is one of those rare jewels on the market that needs no introductions. An all-ceramic smartphone with an edge-to-edge screen is a device that draws all the attention. It's a high-tech dream come true and it sure looks like a Sci-Fi movie prop.

Initially, Xiaomi announced the Mix as a concept phone, a vision for the company's future. And then they surprised everyone by announcing its proper market launch as a widely-available product, which will go on sale in a matter of weeks. A clever marketing trick or a natural coincidence of the phone's viral-like popularity?

The Xiaomi Mi Mix has probably surpassed any other smartphone in terms of positive interest this season due to its amazing edgeless design that seems like a device from the future. While others competed in camera and chipsets, Xiaomi went for the most visible innovation - design.

It's not like we haven't seen phones with edgeless screens already as Sharp was the first to achieve this with its Aquos Crystal and Aquos Crystal 2. But the Aquos series were available in extremely limited numbers (and places!), and the truth is we never met one of those.

With the breath-taking design comes great specs expectations, and the company tried its best to live up to those. The Mi Mix is powered by the Snapdragon 821 chip with either 4 or 6 gigs of RAM. There is a 16MP main camera with EIS and an unusually positioned 5MP selfie shooter. Finally, a 4,400 mAh battery should provide you with enough power autonomy.

Nothing is perfect and the Mi Mix certainly doesn't tick all the boxes in terms of highest possible specs. 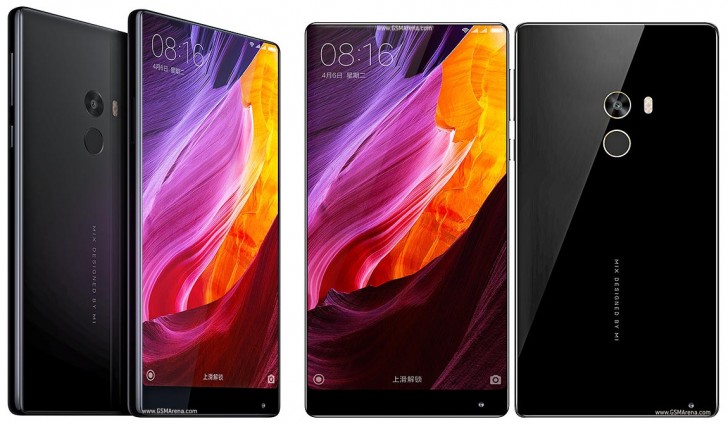 We are willing to give the sealed battery and the lack of expandable storage a pass but the small camera sensor and lack of OIS can potentially be a turn off - at least on paper. Camera person or not, you should be entitled to the best treatment on the market when paying top dollar for your smartphone.

Anyway, we'll address all those things later, but now, prepare yourself to be amazed. The beautiful Mi Mix is ready to pop out of that big black box, and we can't wait.