This special edition will pack 10GB of RAM (the first model in the Mix 3 lineup to do so). Also, it’s a different kind of blue – it’s inspired by the ceramic vases of one of the ruling dynasties of China. Fitting as the back of the phone is made of ceramic. 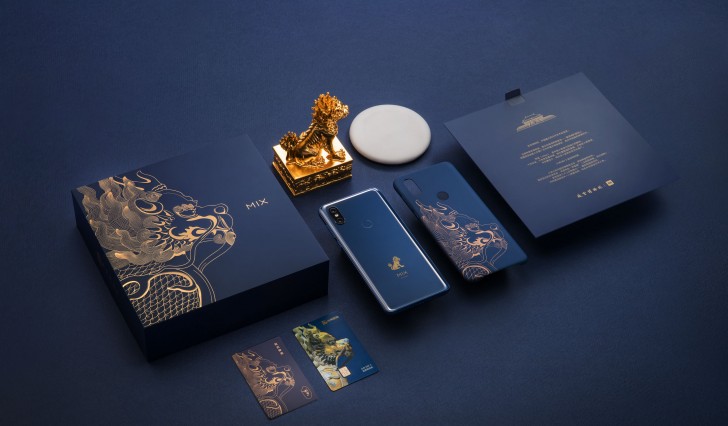 Also, there’s a gold inlay of a mythical create on the back of the phone. The Forbidden City retail package will come with a cool case that features an even bigger rendition of the beast and you’ll get a statuette of it, a scale version of those found in the eponymous city (the statuette is plated with 24K gold).

The case also includes a 10W wireless charger, but all Xiaomi Mi Mix 3 models have it.

Xiaomi Mi Mix 3 may be headed to Europe soon

Does anybody know where to find a 16:9 version of that blue wallpaper or something similar?

what about the global ROM? :)

Wow, I love the attention to detail. Exquisite. Great name for the edition as well.